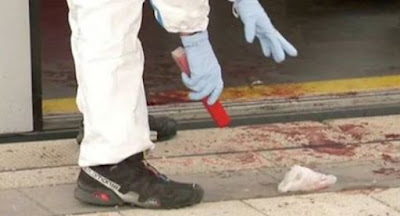 A peace-loving man identified as Olayiwola Stephen was on Monday killed by his friend and co-tenant.

Ibrahim Adetunji out of anger took a bottle and broke it on the victim’s head before using it to stab him on the stomach.

The incident which happened at #66 Lafunke Street in Ijegun area of Lagos caused panic in the area as the suspect fled on foot leaving his family behind.

Olayiwola Stephen was rushed to a nearby hospital and referred to a private clinic in Ikeja due to excessive bleeding.

Sadly, he died on his way to Ayinke Hospital in Ikeja Lagos where doctors certified him dead.

His corpse is still at Isolo General Hospital Mortuary.