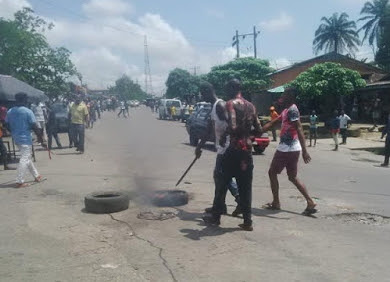 A new mother and her accomplices are currently in police detention hours after her neighbour tipped police on some strange movement around her house in Atimbo area of Calabar Cross River state.

The suspect identified as Janet Usen and 3 others were arrested today after they allegedly abducted a 4-year-old boy on Atamunu street in Calabar, Cross Rivers State.

They are currently cooling off at the Airport Police Division in Atimbo, Calabar as police attempts to reunite the boy simply identified as Gideon with his parents.