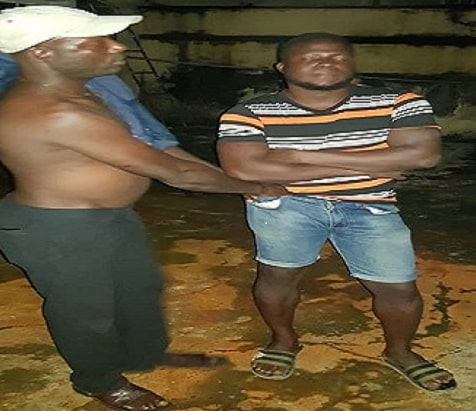 A suspected ritualist who murdered his girlfriend has been arrested in Lagos state.

The suspect identified as Mojuba Bidemi, 31 in his confession said he took tramadol overdose before killing his girlfriend at 55A Corporation Estate Amuwo Odofin Lagos.

His arrested came shortly after residents raised the alarm on hearing the late Christy screaming in his apartment.

A trader who allegedly sold him the tramadol was also arrested around 1:30am on Sunday.

According to The Nation, the suspects are at the State Criminal Investigation and Intelligence Department (SCIID) Panti, Yaba, Lagos Mainland.

About 17 women handbags were found in the apartment. Bidemi has yet to explain how he came about them. 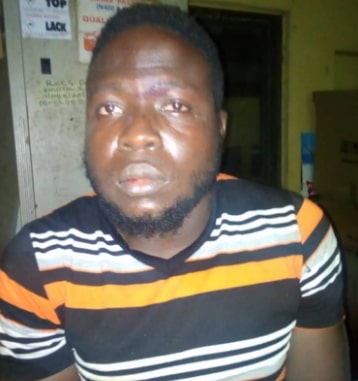 The apartment is said to belong to his relative, who lives abroad.

At the estate yesterday, security men at the gate insisted that visitors must first call their hosts before being allowed in.

Bidemi, it was gathered moved into the estate about five weeks ago.

Bidemi’s relationship with Christy was hazy. Some claimed she was a commercial sex worker he promised N10,000 for the night, others described her as his girlfriend.

He was said to have picked her up from a bar around Apple Junction on Monday night and took her to his apartment around 11:45pm.

Some neighbours were said to have been attracted by the late Christy’s shout.

He was met coming out and when asked if he had any woman with him, he said no.

Dissatisfied, the neighbours followed him to the estate gate and instructed the security men not to allow him out.

“He claimed he wanted to go and buy food. The residents were not satisfied with his reply that he didn’t have a woman in the house and so, they followed him to the gate.

“At the gate, they asked the security men if they knew him and they said yes. They also asked whether he was accompanied when he came in. The security men confirmed he came in around 11:45pm with a woman. That was when they dragged him back to the house.

“On getting to his house, there was blood everywhere. A search revealed the body of a young woman under the staircase… She was dead.

“He didn’t mention their names and claimed he didn’t know their address. The police came and took him away. It was later they came for the corpse. The house was searched and 17 women handbags were found inside,” said a source.

“People became more suspicious after he was asked to produce the woman but he could not. He claimed they had a misunderstanding and she turned off her phone.

“The woman’s body was covered with rice sack. The knife he used was found on the floor very close to the gate of the house.

“He confessed that they are two and he was about leaving the estate to call his partner to come and carry body parts,” added the source.

Police spokesman Bala Elkana, a Deputy Superintendent (DSP) said the suspect was “high on tramadol”, adding that the man who sold the drug to him was also arrested.

He denied being a ritualist.

“The suspect said the woman was his girlfriend and she has been acting funny. I killed because I was high on drugs,” he said.