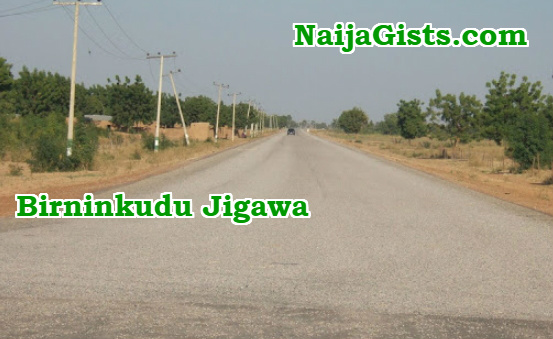 A polygamist has been arrested in Jigawa for killing his wife.

The suspect, a 50-year-old man was arretsed for allegedly causing the death of his 40-year-old wife, Ai’sha Musa, in Birninkudu Local Government Area of the state.

The Command’s Public Relations Officer, SP Jinjiri Abdu, confirmed the arrest in an interview with the NAN in Dutse on today.

Jinjiri said that the suspect, allegedly beat the deceased when they quarreled on Jan. 14, in their matrimonial home in Daurawa village at about 6.30 a.m.

‘‘According to reports, on January 14, the suspect allegedly beat the deceased while quarreling around 6.30 a.m. at their matrimonial home in Daurawa village of Birninkudu Local Government Area.

‘‘It was gathered that the suspect had returned from a journey and proceeded straight to the house of his recently wedded second wife.

‘‘And when the deceased heard about it, she followed him there and protested that he was supposed to be with her, and not the new wife.

‘‘The reports also further indicated that before the suspect travelled, he was with the deceased and was supposed to be with the new wife after returning from his journey.

‘‘But the new wife permitted the suspect to go with the senior wife so that he will come back to her after the journey, so that peace can reign.

‘‘But unfortunately, the quarrel continued between the suspect and the deceased, and in the process, he beat her severally which led her to collapse.

‘‘It was at this juncture that the suspect rushed the deceased to the hospital where she died before medical personnel could attend to her,’’ Jinjiri said.

He said the corpse of the deceased had been handed over to her family for burial.

The police spokesman stated that investigation had commenced into the case after which the suspect would be charged to court.