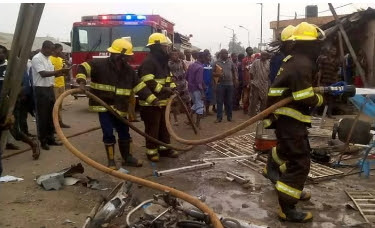 4 persons were killed and scores injured on Monday when another gas plant exploded in Badagry, Lagos.

According to eyewitnesses, the explosion was triggered while some shop owners were offloading cooking gas around 9am.

Vehicles, six buildings near the shop and six gas cylinders were destroyed in the explosion. 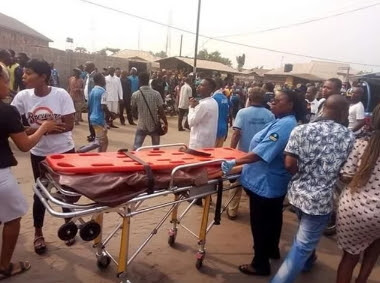 A survivor, Mr Segun Adebunmi, told NAN : “It’s a testimony that I’m alive as I escaped the scene by whiskers’’.

“I heard a loud bang and the glasses of cars were shattering and the next thing I saw were human parts littering the whole place.

“The security agencies responded promptly; so the situation was contained; so it didn’t escalate,” he said.

A senior official at the General Hospital, Badagry, who asked not to be named, confirmed that four bodies had been deposited in the mortuary. He added that several others suffered severe burns.