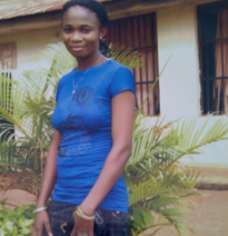 A young man yesterday took his own life after stabbing his wife-to-be, 25-year-old Cynthia Nwafia to death at her house on Amachi street in Abakaliki, Ebonyi state.

According to family sources, Friday Njoku had gone to complain about Cynthia’s unfaithfulness to her parents on Wednesday.

They reportedly promised to talk sense into Cynthia but when he could no longer bear the pain, he stormed her house at 5 Amachi street on Thursday where he stabbed her to death while she was cooking in the kitchen.

He then left for his place where he reportedly committed suicide.

His lifeless body was discovered around 9am on Friday.

Ebonyi state Police spokesperson, Loveth Oda said the force had launched an investigation into the murder.