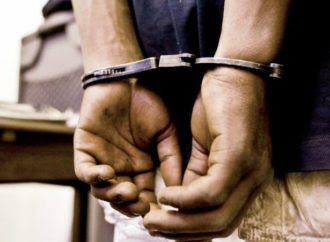 The police in Lagos on Friday arraigned a 28-year-old Office Assistant, Desmond Terngu, who allegedly defiled his neighbour’s daughter in the guise of giving her biscuits.

According to the prosecutor, Insp. Clifford Ogu, the accused lured the 12-year-old girl into his room on June 30 on the pretext of giving her biscuits.

“The accused shut the door and defiled her. Thereafter, he left the house for an unknown destination.

“The girl told her mother but all efforts to locate the accused failed until he was sighted and apprehended,” he said.

He noted that the offence contravened Section 137 of the Criminal Law of Lagos State, 2015.

The Chief Magistrate, Mrs Taiwo Akanni, granted him bail in the sum of N250,000 with two sureties in like sum.

Akanni adjourned the case until Aug. 2 for mention.

30-year-old unemployed Joshua Nnalue had earlier on Friday appeared before the same court also over alleged defilement of his neighbour’s daughter.

The resident of Ogudu, Lagos, was arraigned on a count charge.

The prosecutor, Insp. Clifford Ogu, submitted that Nnalue called the minor into his room on July 5 on the pretext of sending her on an errand but defiled her.

“The accused defiled the girl in his room and threatened to kill her if she would tell anyone.

“The girl told her mother a week after the incident when she could no longer urinate with ease,” he said.

The accused, however, pleaded not guilty, and was granted bail by Akanni in the sum of N200,000 with two sureties in like sum.