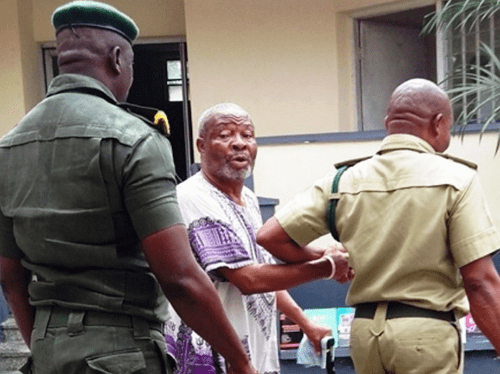 The Appeal Court sitting in Calabar, Cross River State, has affirmed the decision of a High Court that sentenced a former employee of the Nigerian National Petroleum Corporation, Godwin Elewana, to death by hanging for murder.

Elewana, in suit Number CA/C/278C/2018, had appealed against the ruling of the Calabar High Court, which sentenced him to death for allegedly shooting to death a 22-year-old student, Douglas Ojugbo, said to be the boyfriend of his daughter.

Delivering the judgement, Justice Y. Ninpar, on behalf of three other judges of the Appeal Court, said, “The court, having gone through all the evidence and addresses by counsels for both parties, finds the judgement of the lower court credible and therefore valid before the law.”

The presiding judge of the High Court in Calabar, Justice Ukpa Ebitam, had said in his ruling that the prosecution team, led by Mr. Eneji Amajama, a Deputy Director in the Department of Public Prosecutions in the State Ministry of Justice, proved its case that the accused committed the crime.

He made reference to the several confessional statements, hospital reports and exhibits presented during the trial as reasons why the accused was convicted.

He had stated, “The prosecution team also proved the second ingredient of the murder, which was the intentional act. To have fired the victim twice with his pump action gun, I agree that the killing was intentional and I hereby find the accused person guilty of murder.

“Subject to Section 319 of the Criminal Code of Cross River State, any person who commits murder is sentenced to death by hanging.”