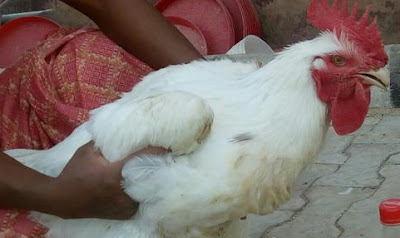 A Grade 1 Area Court in Kubwa Abuja today ordered that one Austine Odu‎ be given five strokes of the cane for stealing one broiler chicken.

The judge, Mohammed Marafa, warned him to desist from committing crimes and be of good behaviour.

The convict, Odu pleaded guilty to criminal trespass and theft.

He, therefore, begged the court for leniency saying that hunger pushed him to commit the crime. ‎

The prosecutor Babajide Olanipekun had told the court that ‎one Fasanu Temi of Kubwa, Abuja reported the matter at the Kubwa Police Station on Dec. 15.

He said Odu trespassed into the complainant’s poultry at Byazhin across Kubwa, Abuja on the said date and stole ‎one broiler chicken valued N3,000.

He further said Odu got arrested while he attempted to escape with the chicken adding that the offence contravened Section 342, 341 and 287 of the Penal Code.