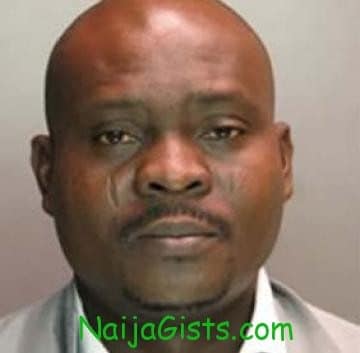 Amaechi Odife, 35-year old US deportee who fraudulently obtained money and engaged a woman in marathon sex under the false pretence of marrying her has been arraigned before the Oshodi Magistrates’ Court, Lagos Southwest Nigeria, and remanded in prison custody at the Kirikiri Maximum Security Prisons, Apapa for fraud.

Mr Amaechi Odife who was deported from the USA has promised to buy a car and take his lover, Ginikachi Adika, to the United States of America, if she will sleep with him and marry him. Unknown to Adika, Odife was jobless and recently deported from the US.

Ginikachi Adika reportedly accommodated him and they started living together in Adika’s house at 7, Amusa Street, Mafoluku, Oshodi, Lagos. The woman, living on false hope, gladly accepted the offer and started spending her money on Odife and engaged in sex with him. The woman became anxious when the accused refused to introduce any of his relations to her for them to organize a wedding.

Odife later took her to a prophet who prophesised to them that God said that they should not live as husband and wife. The embittered woman discovered after five months of living together that Odife was deported and jobless and had no plans of going back to the US, talkless of taking her along.

Angered by Odife’s behavior, Adika went to the Makinde Police Station and reported what happened. Odife was arrested and charged to court under sections 419 and 390 of the Criminal Code, Cap.17, Vol. 2, Laws of Lagos State of Nigeria. When the matter came up at the court, he pleaded not guilty and the presiding Magistrate, Mrs. Osho Adebiyi granted him bail in the sum of N50, 000 with one surety. naijagists.com

The matter has suffered two adjournments because the complainant refused to show up in court to testify against the accused.”

Let’s talk about double jeopardy here! Make that triple, because they were both using each other, but he’s the smarter one for robbing her of her money and her vagina …  Like the Yoruba people would say “o ti lu ni jibiti obo!” – He robbed her of her v******

We are in the 21st century! I still can’t believe how some females act when they meet a guy based in the US/UK. You immediately spread your legs for him in the hopes of traveling abroad one day, you don’t even take the time to find out about the kind of lifestyle he lived before coming back home. She got what she was looking for and I hope the guy suffers too! He is broke and he has no morals… smh!

Amaechi Odife sounds like an Igbo name to me however, the guy in the above picture is obviously a Yoruba man.

Our women need to be very careful of this supposed Americanas they are taking Nigerian girls for granted all in the name of coming from abroad everyday.