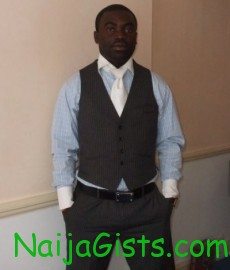 Kwaku Antwi-kusi Junior , a London based-pastor has found himself in hot water after impregnating three of his church members at the same time.

Pastor Kwaku Antwi-kusi Junior 31, who has already fathered 2 children with a different church member is thought to have had sexual relations with almost every female members of his church and now he is reaping what he sowed.

Pastor Kwaku Antwi-kusi Junior released an album “Bless The Lord” in 2009 and decided that this was a “call from god” to do his work, he established a church and called it Family Praise Ministries. He might have taken the term “family” too literally. Yes a church is a place for all of God’s children and we are one big family but his actions are far from appropriate.

According to Naijagists.com sources, it turns out Pastor Kwaku is married to another church member. This was apparently kept secret from the other members of the congregation. We can only speculate what his intentions were.

The church has since been closed down. Pastor Kwaku has since absconded leaving all these unanswered questions and pregnant women behind.