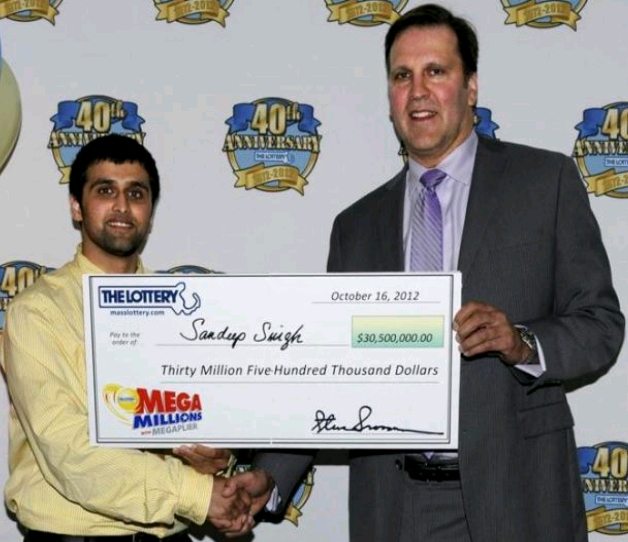 Sandeep Singh, a 22-yr-old man from Massachusetts who has been doing two jobs since the age of 14 to support his mother and little sister after their father passed away snagged a whopping $30 million in Mega Millions Lottery. naijagists.com

Sunny who was recently dumped by his girlfriend had initially won a $4 on a lotto scratch ticket before using his winnings to buy 4 quick-pick Mega Millions tickets which resulted in his winnings.

“I was in my sister’s room on the computer reading the numbers… I didn’t know what to do. I dropped the ticket.”

“My girlfriend broke up with me, but right now, I’m not really worried about it… I was heartbroken at first, but now I’m getting over it.”

According to Boston Globe, Sunny decided to take a lump sum payment which equals $16.1 million after payment of taxes. (Credit: Yahoo News)

The lucky guy is set up for life.