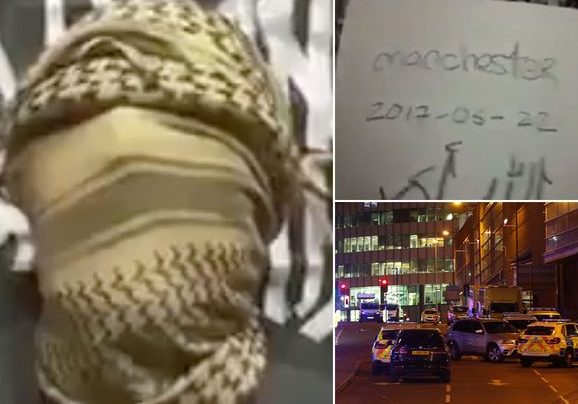 The ISIS has claimed responsibility for Monday’s deadly attack at the Manchester Arena. The group said it was carried out with an explosive device planted at the concert, according to a statement the group posted on Telegram.

“One of the soldiers of the Caliphate was able to place an explosive device within a gathering of the Crusaders in the city of Manchester,” the statement said.

Earlier story on the incident.

The 22-year-old suicide bomber identified as Salman Abedi killed at least 22 people and wounded 59 at a packed concert hall in the English city of Manchester in what Prime Minister Theresa May called a sickening act targeting children and young people.

May said police believed they knew the identity of the bomber and police then said a 23-year-old man had been arrested in connection with the attack carried out late on Monday evening as people began leaving a concert given by Ariana Grande, a U.S. singer who attracts a large number of young and teenage fans.

“All acts of terrorism are cowardly…but this attack stands out for its appalling sickening cowardice, deliberately targeting innocent, defenceless children and young people who should have been enjoying one of the most memorable nights of their lives,”

May said outside her Downing Street office in London.
Monday’s attack was the deadliest in Britain since four British Muslims killed 52 people in suicide bombings on London’s transport system in 2005. But it will have reverberations far beyond British shores.

A source with knowledge of the situation said the bomber’s explosives were packed with metal and bolts. At least 19 of those wounded were in a critical condition, the source said.