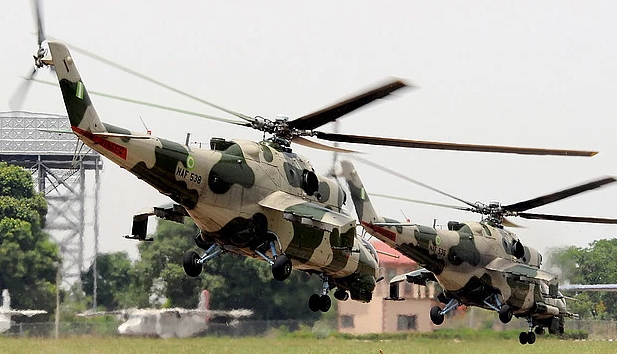 The Nigerian Air Force Component of Operation Lafiya Dole said it has destroyed operational base of the Boko Haram insurgent group in the Sambisa forest.

According to the Director of Public Relations and Information of the Nigerian Air Force, Air Commodore, Olatokunbo Adesanya, an “Intelligence, Surveillance and Reconnaissance (ISR) mission in the Sambisa general area was carried out as part of on-going efforts to clear the area of remnants of Boko Haram terrorists group.”

“Accordingly, Nigerian Air Force fighter aircraft were immediately called in to carry out strikes on the location. Subsequent battle damage assessment revealed that some of the structures and vehicles in the location were engulfed in an inferno and destroyed.

“In addition, several Boko Haram terrorists within the structures under the tree were possibly killed by the strikes.

‘It will be recalled that the Nigerian Air Force, in a recent attack, frustrated attempts by the Boko Haram terrorists to regroup in the Sambisa general area.”