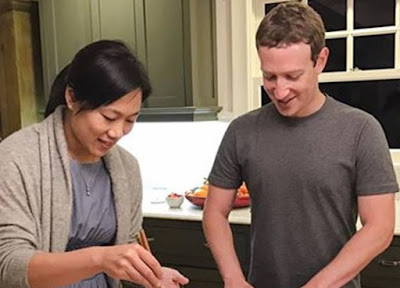 The co-Founder of Facebook Mark Zuckerberg and his wife Priscilla Chan are celebrating the five-year anniversary of their marriage today with a special honeymoon in Maine.

The couple who met in Harvard as far back as 2003 and got married in 2012 have a child together and another on the way.

In a post on his official Instagram page, Mark revealed that he promised his wife a honeymoon every year on their wedding anniversary and they would be spending this year’s anniversary in Maine.

“Today is Priscilla and my five-year wedding anniversary. I promised Priscilla that every year we’d have a honeymoon to celebrate our marriage.

This year we’re traveling around the US and we’ll be spending our honeymoon in rural Maine.

One lesson I’ve learned from marriage is that exploring together just gets better over time.”

Continue Reading
You may also like...
Related Topics:maine, mark zuckerberg