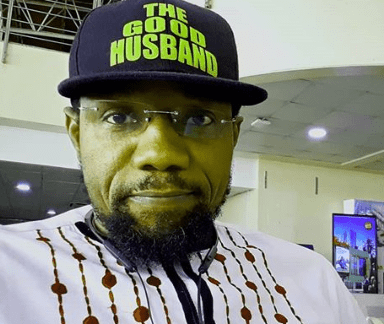 The Kind Of Marriage I Expect Nollywood To Have With Nigeria

What has been happening to you and your career since you left Lagos for Abuja for years and now you are back?

I’m still a Lagosian. I breeze in and breeze out but this is where the name, Dickson Iroegbu started out from. This is where my brand was built. This is my workshop. And I’m fixing a film which I just did which is titled, The Good Husband. For a few years, I may have left for the political environment but the truth of the matter is that all of us including yourself should get involved in nation building, that is what I was doing in Abuja. I didn’t go to play politics.

This nation seems to be the way it is today because we seemed to have abandoned our country. We are playing the ostrich while our nation is nosediving. And I can’t defend it before my children if tomorrow they ask me, Daddy what did you do? And that is why I went to Abuja and I think by the grace of God my journey to Abuja has been a bit impactful.

In 2013, I worked with President Goodluck Jonathan as an Executive Assistant on Creative Entertainment and Tourism. And then, we campaigned vigorously for his return in 2015 and went the way it went and we now have a new government who has served the first term and we have seen the second term and we know how bad and how terrible the state of our nation is now.

My journey to Abuja was to avert the possibility of setting Nigeria backwards unfortunately I couldn’t do much and we are here. However, my first love is filmmaking. I have learnt a lot within the political environment such that I can capture it in movies and narrate the stories of our country one of which is my first move now because if you want to discuss a better society, the family unit is key and the head of the family is the husband. I just did a film titled, the Good Husband so that we can commence, this restructuring from the home front. It is a beautiful and classic film. By April the film should be out in the market.

What is the film all about?

The movie is simply all about marriage told from the point of view of the man. This time around because most times when you discuss marriage it is mostly from the woman’s perspective. Most people don’t even realize that men are also molested at home. That is because the molestation they receive from their wives, they have to keep it underground because they are men but truth of the matter is that most men that you see whether rich poor, old or old, they have had one issue or the other at the home front and that is what this movie tackles.

Imagine a marriage counsellor who is ensuring that other people’s marriages worked, his own was crashing; imagine a pastor who is ensuring that other peoples home is fixed but his own was crashing. That is the irony which says as a physician can you also treat yourself? I featured actors such as Sam Dede, Monalisa Chinda, Francis Duru, Thelma Okoduwa, Paul Sambo, Bassey Ekpo Bassey and a few others. It was shot in Abuja and I think it is a beautiful film.

Before this movie, when was the last time you shot a movie?

The last movie I shot was in 2013 titled, ‘Stolen Tomorrow’. It was produced by Ini Edo. I have been putting my scripts together and I have determined that in 2020, I will come back and make films again. I’m back to making films not just everyday kind of movies, but those exceptional story lines you can relate with, you can see it in the partnership that existed between Hollywood and the White House. That is the kind of marriage I would expect Nollywood to have with our country Nigeria. Where we are now, if that synergy is not activated, Nigeria is going down by the minute.

You have advocated for film as a tool to help society, how exactly can Nigerian filmmakers achieve this?

This insecurity can be tackled from a creative perspective. This issue of the economy of our country can be tackled from a creative perspective, this lack of unity that exists in our country can be tackled through motion pictures. Film is like a mind bender unfortunately the leadership of our country especially this current leadership as we have has not placed value on Nollywood, indeed the entire entertainment industry and he talks about job creation. If you are talking about job creation and you are ignoring the entertainment sector, you are wasting your time in the present day Nigeria because this business is the highest employer of labour after the federal government. There is a need for deliberate synergy and that is the bridge I want to build going forward in the kind of films that I would be churning out. It doesn’t mean that we would go out and be singing government praise no but we will address issues.

The Biafran stories have not been told. Those coups that happened in Nigeria, those stories we have not explored them. 21 years of existence of democracy we have not explored the journey so far. We have not considered with all of the issues we have faced as Nigerians how did we survive staying as a nation for 60 years? This year it would be 60 years of our independence, how did we do it? These are stories we must tell so that if there are mistakes or loopholes we can be able to block them as a nation. Outside that, I want to make money now because the business is more viable than when we started it. I’m also back, because the motion picture business is obviously one of the most viable products that we showcase from this part of the world. Ayo Makun is doing excellently well. Mo Abudu is doing excellently well but they were not there in the industry when we started it but we are happy that they have come in to be part of it and we are excited that the kind of films they are bringing out.

In terms of quality, can you give us your thoughts on old and new Nollywood?

Some of us who are the old hands that founded Nollywood are also saying that mistakes are still made now. The mistakes we made when the industry was still at the VHS level, they are making it also now. When you tell a filmmaker what actor to use on asset, that is not right. When you tell a filmmaker what kind of storyline to shoot, that is not right. In those days, when the marketers told us that comedy was what was reigning, I flouted those rules. I told them clearly that a good film will always make a good impact in the market. I am also going to by this medium advise the entrepreneurs that are coming into the business now not to go back to the mistakes we made at the formation stage of the business. We must focus on quality film and empower deliberately behind the camera people to make good films because the empowerment is mostly focusing on those facing the camera. I have no grouse against those in front of the camera but the truth of the matter is that it is wrong to discuss Nollywood and you are discussing it alone with those in front of the camera. You cannot get quality film from those in front of the camera. When Nollywood started, there was no one single star.

So, we cannot therefore discuss Nollywood and give the glory behind the camera people made. We wrote scripts. I was once a production assistant in this business. We worked very hard, served in the business and today lots of stars have emerged from our works. However, there are lots of stars yet untapped across the nation. When you go to the South, East, West and North, you will see superstars. All that would expect going forward is to ensure that we partner with the right people so that we can keep this business going and indeed the quality of films that has seemingly improved can even get better.

What new expectations do you have for Nollywood?

We want to see partnership with Hollywood like the musicians are having with their counterparts in America and all of that. And that is by the grace of God the area that I want to do a lot more now. I want to have international collaborations where you would see Hollywood stars side by side Nollywood stars and bringing out best of films from this part of the world where the likes of Warner Bros, Diamond Pictures and the rest of them can come down to Nigeria and establish their studio.

That is the kind of atmosphere we expect the government to create for us. Create the leeway, let the environment be available for us. Sincerely my journey within the political atmosphere has exposed me further to understand that Nollywood has not been tapped up to five percent of the potential in Nollywood. This is about when we would start. I’m ready with my new film, the Good Husband and by the grace of God immediately after that I should be embarking on other film projects. It is a cinema movie.