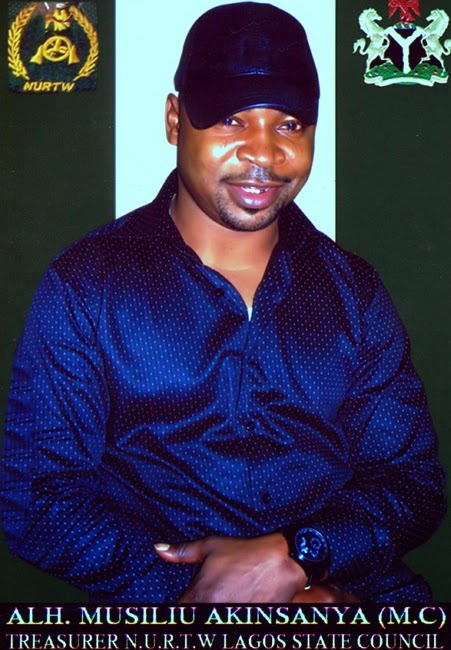 NURTW Oshodi Boss, MC Oluomo has been fingered in the assassination of the VC of Lagos Mainland branch of  the National Union of Road Transport Workers, Babajide Dosunmu.

Popularly called Mados, he was shot dead on Tuesday night around 8pm by some suspected assassins who traced him to his home before shooting him at close range.

The deceased who is also the Chairman of Yaba branch of the association was killed by some assassins as he parked at his residence on Cemetery Road.

This is what a family source said:

“As he parked his car. He was shot from a far distance. He ran for his dear life but another bullet hit him in the leg. He fell down and the assassins came closer, shot him on the buttocks and chest,”.

The father of six was rushed to a nearby hospital but was pronounced dead upon arrival.

Sources in the troubled association claimed MC Oluomo allegedly sent assassins to the deceased because he threatened to reveal his hideout to police.

May his soul rest  in peace.