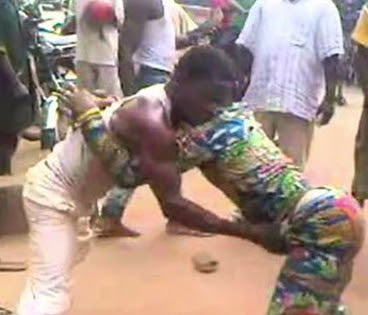 May 30, 2016 – Bricklayer Stabs Mechanic Friend To Death For Refusing To Charge His Mobile Phone In Faji Lagos, Suspect Arrested

A bricklayer identified as Demola Wasiu has been arrested for allegedly killing his 27-year-old friend, Lekan Omotosho.

Wasiu reportedly stabbed the victim in the armpit after he refused to charge his phone for him.

Policemen from the Lion Building Division according to reports have arrested Wasiu, an indigene of Ede, Osun State on Saturday and the case was subsequently transferred to the State Department of Criminal Investigation, SDCI, Yaba.

At the SDCI, the suspect begged for forgiveness, saying he never intended to kill Omotosho.
Wasiu speaking said, “All I want is forgiveness. I did not mean to kill him. He was my friend and I have no reason to kill him.

“Please help me beg them to give me another chance. I have no father or mother to assist me.”

The victim who was an apprentice in a mechanic workshop on Ajele Street, Lagos Island reportedly died on arrival at the Lagos Island General Hospital. 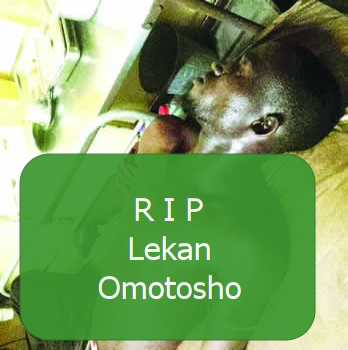 Before the incident, we gathered that the deceased’s boss, Olayinka Oyinloye, had warned him against his friendship with Wasiu after he was arrested for a crime he knew nothing about.

“Omotosho came to Lagos from Mowe, Ogun State, three months ago. Just two months ago, the police arrested him while watching over Wasiu’s phone. The problem is that they usually smoke hemp in that place where they charge phones. Throughout the time of his detention, this so called friend did not check on him.
“After I got him out on bail, I warned him against the friendship and cautioned him not to allow anybody put him in trouble.
“On the day of the incident, Wasiu came again and asked him to help him charge his phone and watch over it. Omotosho refused. That was how he became angry and started fighting him.
“Wasiu stabbed him and he fell down and started bleeding.
“People took him to a hospital, while they held Wasiu to prevent him from escaping.
“They took Wasiu to the Lion Building Police Division around 11.30pm. I went to check on Lekan (Omotosho) in the hospital. Around 1am, he died. I went back to the station to report the development to the police. Some of the officers followed me to the hospital to confirm if he was actually dead.”

The parents of the victim arrived Lagos from Ogun today to recover his corpse.