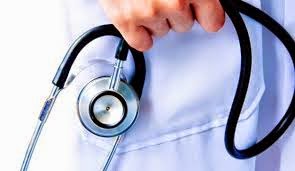 Female physiotherapist and mother of two, Mrs. Uju Onata, who was kidnapped a about week ago in Port Harcourt after the close of work has been set free by her abductors.

Onata, a staff the University of Port Harcourt Teaching Hospital, UPTH was set free in the early hours of Monday morning, with a gun shot wound inflicted on her by his abductors while in captivity.

Her husband, Dr. Lucky Onata, a medical doctor and staff of the University of Port Harcourt Teaching Hospital who confirmed the freedom of his wife in the early hours of today did not disclose if any ransom was paid.

Mr Ogbonna Obi, the Public Relations Officer of Nigerian Union of Allied Health Workers, UPTH branch who spoke on behalf of workers in the hospital decried the spate of kidnapping in the state, especially of medical personnel.

Also, the abducted Eze Samuel Amaechi, the monarch of Igbo-Agwurasa kingdom in Etche local Government Area of the state is yet to regain his freedom.

The whereabouts of Eze Samuel Amaechi, who is a Rivers State government recognised First Class traditional ruler, is a Medical Director at Nobsams Clinic, Port Harcourt, was abducted on Thursday night last week in the state capital, by unknown gunmen at the Mile 4 Diobu area of Port Harcourt, while returning home from the clinic at about 7:50pm has remained unknown.

His police orderly was shot and killed by his abductors.