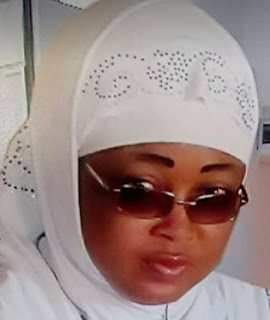 Meet Aishat Obi, a northern who was previously married to an Igboman .

She is based in Anambra and was never a Christian.

According to a source who sent this to us, Aishat was never a Christian. She was born to a Muslim family in the north and when they relocated to South East, she married an Igbo man.

Aishat who has since reverted to her maiden name since her marriage crashed is still using her husband last name online to spread false propaganda that she converted to Islam from Christianity.

Our source said her ex husband has been trying to stop her from using his name to spread falsehood but she is turning deaf ears to his order.

She has been preaching to everyone who cares to know how Islam will bring them peace and help them to live a good life since yesterday when she managed to resurrect her old message.

Here is what she posted on FB yesterday. 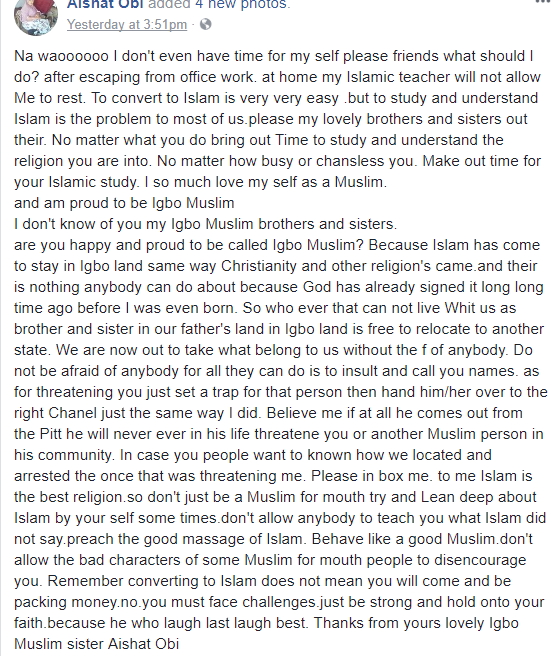 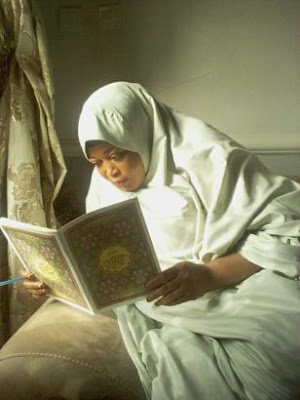 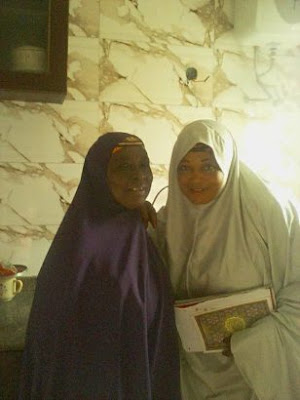 Nobody is stopping her from preaching about her religion however, to promote such through falsehood is totally inappropriate.