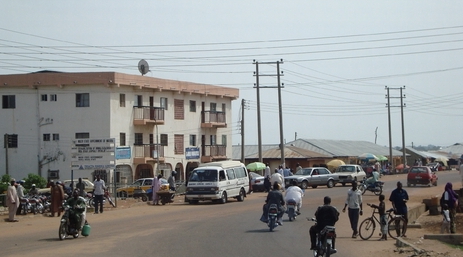 A man has been arrested in Niger state for attempting to kill his teenage son.

The suspect Alhaji Musa reportedly poured petrol on his 15-year-old son, Bello Alhaji in Bida yesterday after he returned to work.

The boy was struggling to take over the phone of his elder brother when his father returned from work.

Angered over what he teamed as disrespect, he took some petrol, poured it on him and set him on fire using a lighter.

Though neighbours rushed to the scene to help Bello but they couldn’t do much as he had attained various degrees of burns.

Some vigilantes in the area arrested the 56-year-old father and reported him to police.

The injured boy is currently responding to treatment at the General Hospital in Bida as his father cool off in police detention.