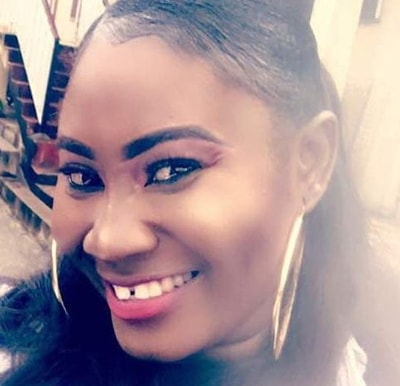 In this recent chat with The Entertainer, beautiful Nollywood actress Yetunde Bakare opens up about her heart break experience, career and the challenges of being a single mother.

How did you come into the movie industry?

I came into the industry through Mr. Akanbi of First Weekly magazine. Later, I met Uncle Yomi Fash-Lanso, who advised me to join Saidi Balogun’s group because he didn’t have a group. He said it’s better to register under someone so that I won’t have issues with the caucus. I registered with Saidi Balogun, and that’s how it all started.

How many movies have you featured and how many have you produced?

I have featured in so many movies. I am also a fantastic producer.

What’s your greatest strength as an actress?
It has always been God and also my family.

Can you act nude? ‎
No, I can never act nude! Not for any amount of money or whatever is involved. I’m a mother and I’m acting to inspire the youths. Also, as a cultured and disciplined woman, it’s a big no for me.

Have you experienced any down moment so far?
My down moment will be the period I had a terrible heartbreak. I couldn’t eat or sleep and I became so lean that you’ll think I was on diet. Each time I reminisced about all the precious moments I shared with the man, I’ll just burst into tears and cry uncontrollably. But that’s in the past now.

Can you ever go back to your ex?
Did you say go back to my ex? As in my ex? Oh no! That’s a big no because I’ve come a long way, struggling and working hard to survive; and no amount of long epistles can make up for what I passed through. So, I can never go back to him.

What part of your body attracts men to you most?
I’ll say my gap-tooth and dimple, because I smile a lot. Once men set their eyes on me, they’ll just be blushing, even before seeing my full physique.

As a single mother, how do you juggle parenting and acting?
It’s a lot easier for me because my son is grown up and I have a wonderful family that has been very supportive. My son is very understanding and I make sure I spend most of my free time with him.

What is your most embarrassing moment?
That should be the day I was wearing a short shirt on location. I have a small birthmark at the back of my leg, so a senior colleague looked at me and said ‘don’t you think it’ll be nice if you can bleach a bit?’ While I was still standing there looking surprised, the makeup artist waved at me to come and get my makeup done. So, I sat down and kept thinking about what the man said like ‘is birthmark a taboo?’ Suddenly, the makeup artist said ‘can’t you use cream a bit? Just look at the folds on your neckline!’ Then I said what’s this pressure about bleaching, because I was so confused and embarrassed. But I love my skin colour so much that I can’t trade it for anything.

Do you believe in sex-for-role?
Sex-for-role? I can’t even stand it, even though people say it happens a lot. But that’s being desperate and a total misplaced priority. It’s unprofessional and risky; what if you are not given the role after the sex? That will be a total disaster. So, it’s better to take one step at a time and believe in yourself.

What influence do you think your stature has on your acting career?
With my stature, I’ll easily pass for any role, which is very good for me. When you think of a housewife, I’m in; a doctor, detective, lawyer, wayward girl, just name it, my stature has really helped me.

Okay, can you date anyone in the industry?
No, I can’t because almost all the guys in the industry are married. Apart from that, they’ll be issues when it comes to preferences, and it won’t be good when we start seeing ourselves as rivals. It happens a lot.

What’s your turn up and turn off?
I love people with integrity and principles. I like people that are straightforward and disciplined. I like trustworthy people, I mean people who know what they want against all odds. People who can’t be distracted and are determined not to give in to failures seriously turn me on.

Where do you see yourself in the next three years?
Hopefully, by God’s grace, I wish I could have a family of my own, with a set of twins. I love twins a lot and I can’t just explain it. I also want to study more and pursue my career diligently.