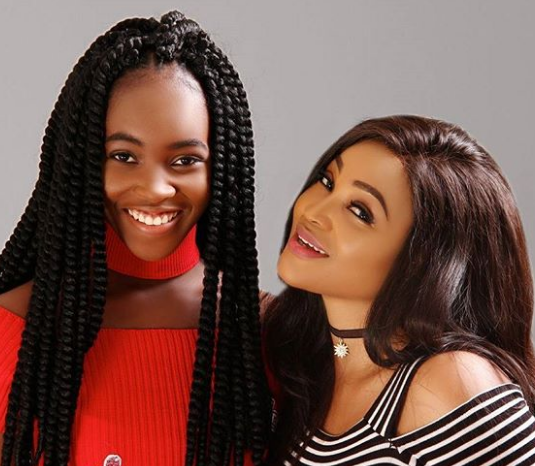 How Mercy Aigbe Allows Teenage  Daughter To Attend Movie Premiere Without Adult Supervision, How She Is Exposing Michelle To Danger

‘Mercy and Michelle; slay mama, slay daughter.’ Just an example of the gratifying terms used to describe the Nollywood actress and her teenage daughter. And there’s absolutely nothing wrong with that.

However in the light of her marital crisis that has refused to go away, Mercy Aigbe has focused on being the subject of all discourse and has forgotten to protect her daughter from all of the brouhaha and its blow-back.

It is sad enough that any child would see her parents go at each other verbally and physically as the Gentrys have done since. It is terrible enough that a child is witness to the numerous infidelity claims her mother and father have accused each other of.

It is the worst when said mother knowingly thrusts the sixteen-year-old into the vicious public, with little concern for the girl’s ability (or lack there of) to deal with it.

Case in point: in a recent red carpet interview, Michelle was about how social media affects her. After hmmming and ahhhing for a minute she said, ‘It’s negative because of the cyber-bullying. If you are not strong, it can reduce your self-esteem, that’s why I hardly read my comments.

‘Sometimes I actually feel like crying…Like yesterday when someone said something about my mum…it really hurt me. I’m young, I’m not supposed to go through that..’

Question: why is a minor answering questions at a red carpet event – with no parent chaperoning her? Simple, her mother asked her to. She made her daughter attend a movie premiere without adult supervision. 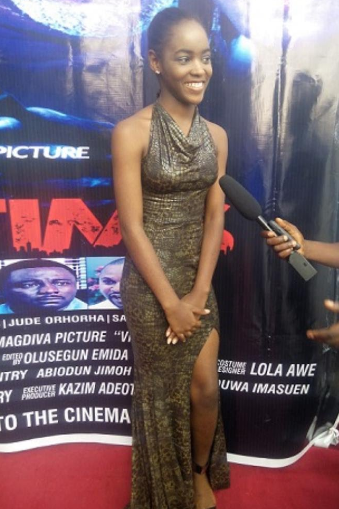 The mother during that time was in the UK, ostensibly seeing a dental surgeon and you know, having a good time. There’s a word for that type of behaviour: irresponsible.

One is not saying Mercy Aigbe is a bad mother; I’m sure she loves both her children. But being a celebrity has it pitfalls – and you hear celebs moan about it all the time.

That said, Aigbe is an adult. Also, she has been in the spotlight for a while now. A child on the other hand does not need all of this untoward attention.

Like cancer, cyber-bulling has no known cure yet. A lot of lowlife losers (in the words of Donald Trump) hide behind the anonymity of the Internet to spew hate and invectives, just to make themselves feel good.

Those trolls have found Mercy Aigbe’s daughter and constantly write rubbish on there. And all the poor girl can do about it is try not to read the comments. 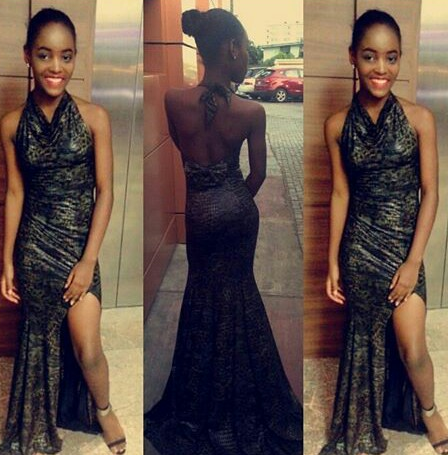 Inasmuch as Ms Mercy wants to make her baby a teen celebrity by all means, she’s failing miserably to ensure that the girl is sheltered from negativity.

There are simple steps that can keep trolls away – make the Instagram account private, get a manager that operates the the account on Michelle’s behalf or just disable comments.

That none of these has occurred to Mercy Aigbe and her ‘PR’ team is a pointer to the fact that they care only about Mercy and not necessarily the child she’s dragging along with her.

Some celebs completely hide their children from the public to help them grow as normally as possible. And that’s fine. But for others who crave that fame for their kids too, it behooves the parents to be PARENTS.

It is clear that by now, both Mercy Aigbe and Lanre Gentry have no qualms about fighting each publicly. If they don’t mind their minor daughter witnessing all the sleaze, the least they can do is to shield her from it.

History is littered with examples of celebrity children who grew up to resent their parents for not allowing them have normal childhood.

Leaving your minor of a daughter to face the world by herself is a sure way of making that a possibility.