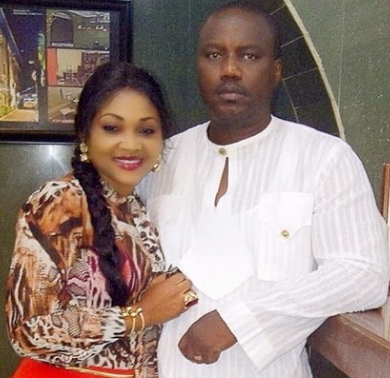 Nollywood actress Mercy Aigbe has proved to fans that her domestic violence case was not staged as alleged by some doubting thomases online.

The actress who has been granted the temporary custody of her two children yesterday secured a restraining order against her hotelier hubby, Mr Lanre Gentry yesterday.

In the papers served to Mr Gentry on Tuesday evening, he is not permitted to go anywhere within a 1-mile radius of Aigbe and her two children.

Mercy Aigbe through her social worker from the Lagos State Domestic and Sexual Violence Response team applied for the restraining order through case number FC/AL/25/2017 issued by a magistrate court in Ikeja.

In the court documents listed below, the Nollywood actress alleged that her husband came to her tailor’s place to beat her up mercilessly.

She also submitted the photo evidence of the attack and copies of her CT scan to the court before the restraining order was granted.

See the court documents served to Mr Gentry below. 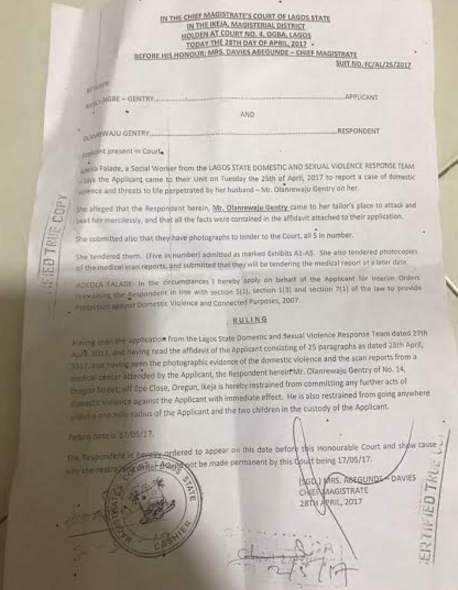 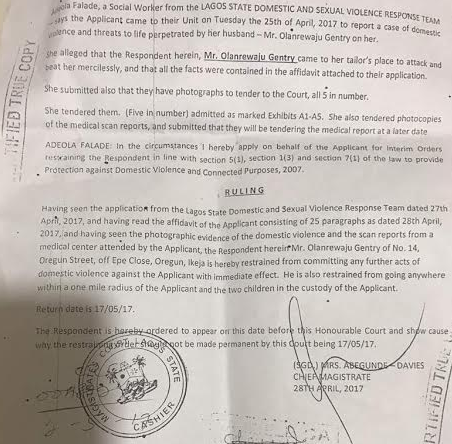 Adesua Etomi: Banky W & I Became Friends After He Sent Me A DM On Instagram Back In 2015
Ronke Odusanya Flakky Ididowo Marks Birthday On Movie Set In South Africa..See Photos