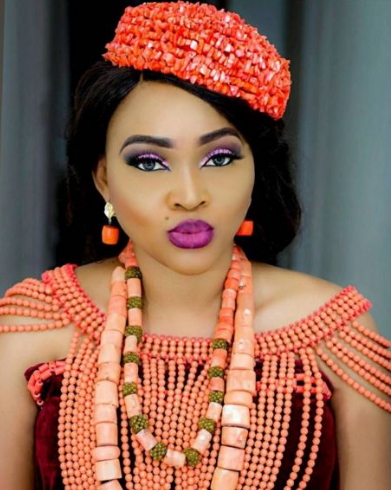 May 4, 2017 – Lanre Gentry: Mercy Aigbe Is Mentally Unstable, She Doesn’t Take Care Of Her Parents

In another twist to a very twisted story, Nollywood actress Mercy Aigbe’s husband, Lanre Gentry has come out again to deny ever beating her.

In an exclusive chat with BON, Mr Gentry disclosed that his Nollywood actress wife whom he worships has a serious mental problem.

When asked why he had to injure his wife, Mr Gentry denied it, he said when Mercy Aigbe refused to come home, he went to her designer’s (Luminee) house where Mercy and others ganged up to attack him. He claimed that his wife also hit him with a stool.

Mr Gentry who invoked curses on himself denied ever beating the Nollywood actress despite the fact that he has caught her cheating with different men for financial favour.

He cited an example of 2016 when the actress said she was going on business trip to China for 2 weeks but instead she went to a Dubai hotel where she slept with a man for the whole two weeks.

To further prove his point, he shared a Whatsapp chat where Mercy Aigbe asked someone to help her get some Dollars from the man she slept with in Dubai 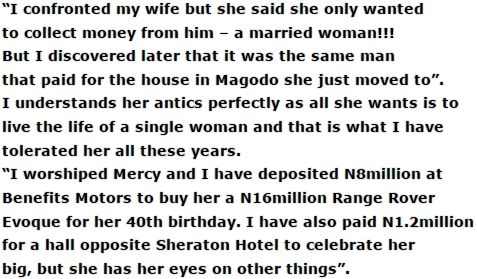 When asked why he didn’t inform his wife’s parents about her misbehavior, Lanre Gentry said: