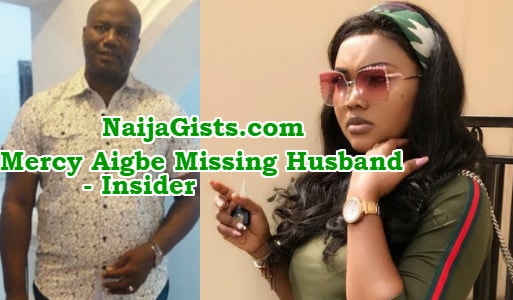 From all indication, it seem Mercy Aigbe is already missing her ex-husband.

The actress who celebrated her 40th birthday big time on Monday is reportedly making move to have her estranged hubby, Mr Olanrewaju Gentry back in her life.

According to NG sources on ground at Aigbe’s lavish birthday party, though Mr Gentry was not on ground, he reportedly sent representatives and body guards to secure the venue of his wife’s birthday.

A confirmed insider even said her husband was the man who paid for Aigbe’s wedding-themed birthday ceremony.

We can confirm with you that the couple has settled their differences and has opened up direct communication channel unlike when the domestic violence issue first happened.

On if Mercy Aigbe will ever return to her husband’s house in Ojodu Berger, our source said that may not be happening any time soon as Aigbe has already passed that stage.

Here is her reply to Mr Gentry’s birthday message for her. 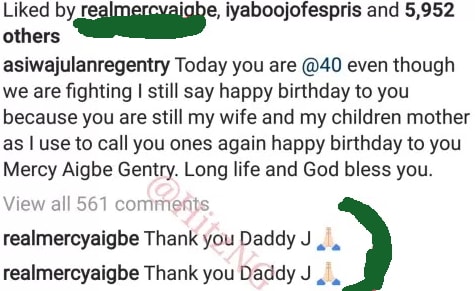 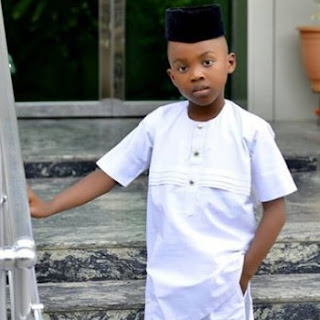 The young boy named Juwon is the only product of Aigbe’s marriage to Mr Gentry. 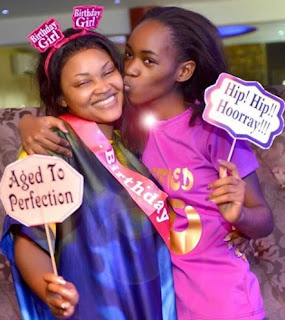 Her daughter Michelle Gentry is from her first marriage. She is bearing Aigbe’s estranged husband’s last name because he adopted her.