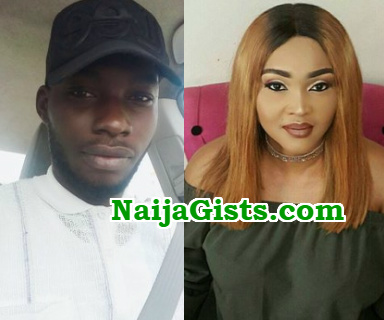 Nollywood actress Mercy Aigbe has finally apologised to Lawrentta Sawyer, the Benin bride who was disappointed by her tailor last week.

The actress told fans her stylist, Oluwaseun Olopade, the founder of Styled by Seun brought 4 dresses for her birthday photoshoot.

Sadly one of the dresses belonged to a Lawrentta.

The greedy tailor, founder of Rikaoto By Me, Maryam Elisha who sold the dresses to Olopade didn’t inform him the controversial red dress belonged to her client.

It was after Mercy Aigbe uploaded the photos that the bride raised an alarm before the story went viral.

Here is how Aigbe and her stylist distanced themselves from the controversy. 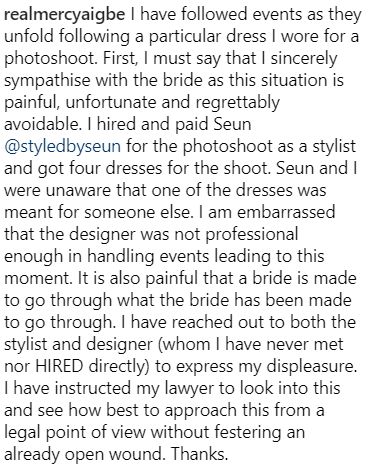 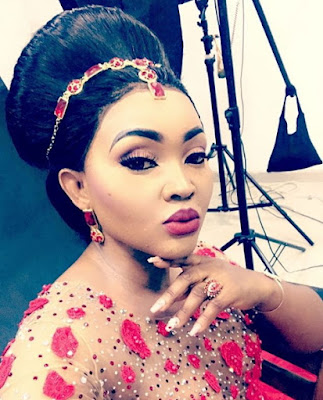 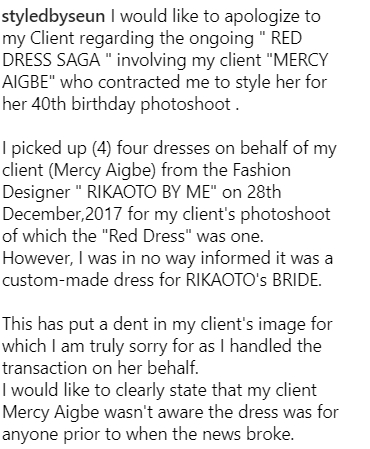 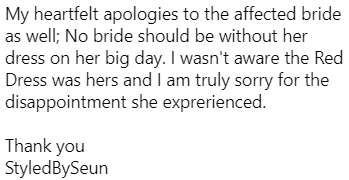 Here Comes A New Opportunity To Get It Right
Kemi Olunloyo Releases Prison Nickname As She Regains Freedom From Port Harcourt Max. Prison