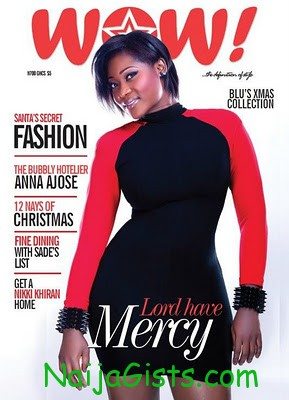 Updated in 2013 – Nollywood is packed with highly gifted superstars of which is the gorgeous Nigerian actress Mercy Johnson Ozioma aka Mercy Johnson.

Mercy Johnson Date of Birth: She was given birth to in Lagos on August 28, 1984, even though she started out her primary school education in Calabar where she resides with her biological father. Mercy afterwards relocated to Lagos State when her daddy was transferred, where she continued her schooling at the Nigerian Navy Primary school.

The sexy actress continues to be one of Nigeria’s best rising female movie star. Mercy Johnson elevated to popularity in her role in ‘The Maid’ in which she acted as a house help to excellence. The gifted actress is however fast to indicate that this wasn’t her 1st film to stardom though it may be one which made her a household name (www.naijan.com)

In the course of acting in ‘The Maid’ movie, she’d never obtained any sort of expert training in the Nigerian movie industry and had just finished her secondary school education.

The talented actress has been mostly connected with emotionally charged roles. As witnessed in many of her films, she’s an extremely actress who is able to fit any role ranging from action to romance. She also admits being her very best in emotional roles.

A few of Mercy Johnson’s movies include Beyond Desire, My Beloved Son, Look Into My Eyes, Kill the Bride, Painful World, Under Control, Lost to Lust, Sweet Mama, Wealth Aside, Royal Tears, Genevieve, Strength to Strength, Last Kiss, Forest of Promises and Women in Power.

She hails from a family of 7 children and she is the 6th child. She talks very lovingly of her father, a former Naval officer, with whom she loves playing games. The attractive actress talks very little about the role her biological mother played in her life (www.naijan.com)
She recently got married to an Edo based businessman, Prince Odianosen Okojie. For more Nigerian & Nollywood Biographies, Click Here

For Latest news on Mercy Johnson and other Nollywood stars, visit  https://naijagists.com/nollywoodgossip

I Cheated on My Husband. Should I Confess ?
Aliko Dangote Biography, Profile & Life History