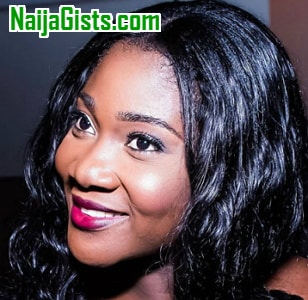 If you’d like to know more about Mercy Johnson, here’s a quick biography about her…

Mercy Johnson Okojie is a Nigerian actress from Okenne, Kogi State, who was born on the 28th of August, 1984, in Lagos state, to a retired naval officer (Mr. Daniel Johnson), and her mother (Mrs Elizabeth Johnson).

She had her primary education in Calabar, Cross River State, before she joined the Nigerian Navy Primary School in Lagos State, after her father was transferred.

Mercy also attended the Nigerian Navy Secondary School in Port Harcourt, Rivers State, where she finished, and later auditioned for her first role in a movie (“The Maid”).

After her first audition, she continued acting, and she has starred in so many movies like; Into Temptation, House Party, Women In Power, Dumebi The Dirty Girl, Baby Oku, Weeping Soul, 30 Days In Atlanta, and many others, over the years.

She is an award winning actress with so many awards in her archive.

Some  of  her awards are:

Aside from these awards, Mercy Johnson has bagged several other nominations.

She is a very popular Nigerian actress, who has been shortlisted twice (2011 and 2012),  in the Google’s most searched Nigerian Celebrity list.

She is currently the SSA (Senior Special Assistant) to the governor of Kogi State, on entertainment, arts, and culture.

She was given this appointment on the 1st of April 2017, and she encouraged her fans by clearly stating that regardless of her appointment, she does not intend to quit acting for politics.

They got married in 2011, and currently have three children( a boy named Henry, and two girls named Purity, and Angel).

She is the choice of many Nigerian movie viewers, and this has gained her more and even more popularity in Nigeria, and Africa as a whole.