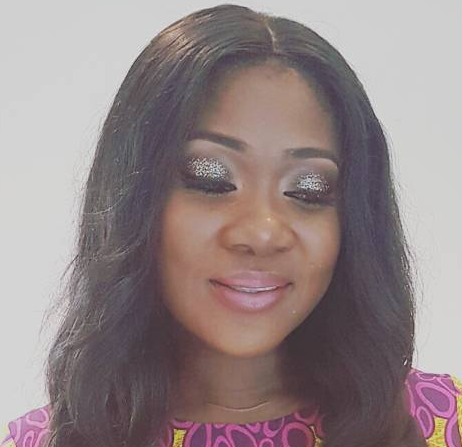 Mercy Johnson has declared war on scammers duping her fans of their hard earned money through Facebook.

The actress who condemned the actions of the fraudsters warned her fans yesterday to be vigilant of the activities of scammers as she is not giving away free iPad or iphones as suggested by an impostor on Facebook.

Read what she wrote on her official IG page below: 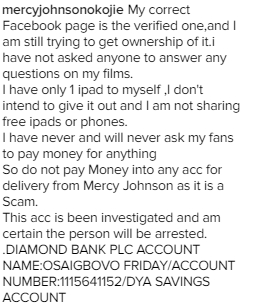