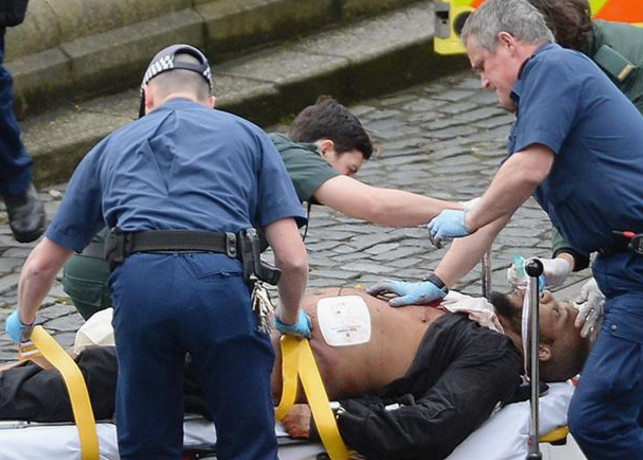 At least 4 people including a policeman and a terrorist have died in a terror attack near the UK Parliament House today.

A woman was among several pedestrians struck by a car on Westminster bridge, before it crashed into railings.

An officer was stabbed in the Houses of Parliament by an attacker, who was shot by police.

At least 20 people were injured, including three other officers.

Prime Minister Theresa May is to chair a meeting of the government’s emergency Cobra committee later.