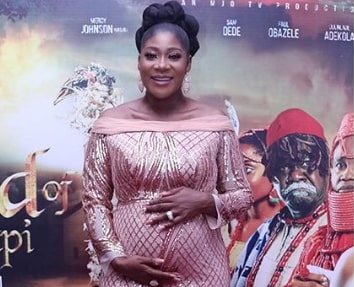 Excited by the star-studded attendance of the premiere of The Legend of Inikpi, actor and producer Mercy Johnson has said she can’t wait for everyone too see the movie.

The Legend Of Inikpi premiere held at Filmhouse IMAX, Lekki, Lagos, on Sunday, and attracted captains of industry, celebrities, friends and well-wishers.

“I am overwhelmed by the feedback from the premiere, seeing all the laughter, the tears and the applause is the validation we need for our labour of love,” producer and star Mercy Johnson Okojie said.

“We cannot wait for everyone else to get an opportunity to see our film, we are telling Nigerian stories and making history.”

Set in the ancient kingdoms of Igala and Bini, The Legend of Inikpi tells the true story of two great kingdoms on the brink of war. When the Oracle informs King Attah of Igala Kingdom of the human sacrifice demanded by the gods, the king plunges into despair, haunted by the ghosts of his past; this is a sacrifice he is not prepared to give.

The flick stars Mercy Johnson Okojie as Queen Omele, Sam Dede as Attah Ayegba (king of Igala kingdom), Paul Obazele as Oba Esigie of the Bini Kingdom while Odunlade Adekola co-stars as Prince Attah Ayegba, Saidi Balogun as the Oracle of Igala kingdom with newcomer Nancy Ameh as the titular Princess Inikpi. The Legend of Inikpi was directed by Frank Rajah.

The movie hits cinemas across Nigeria and Ghana on Friday the 31st of January 2020.