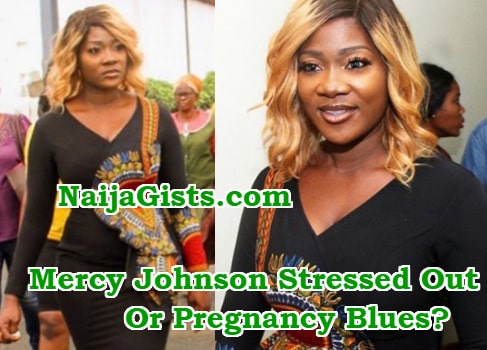 It has been  brought to our attention that Nollywood actress Mercy Johnson Okojie is under extreme stress.

The actress who landed an ambassadorial deal with Mr Chef Salt, an Indian-owned salt brand headquartered in Nigeria few weeks ago is overworking herself to fulfill her role for the brand.

The mother of 3 was recently spotted at the headquarter of the brand looking all mixed up.

Even though she was seen flashing smile to the camera, a close observation reveals that something is not right with the movie star.

The most obvious concern is her aging skin which appeared to be an issue for a 34-year-old woman.

A school of thought is of the opinion that pregnancy may be the cause of her rough skin.

The wig in the photo belowis a no-no for an actress whose net worth is approximately 55 million Naira. 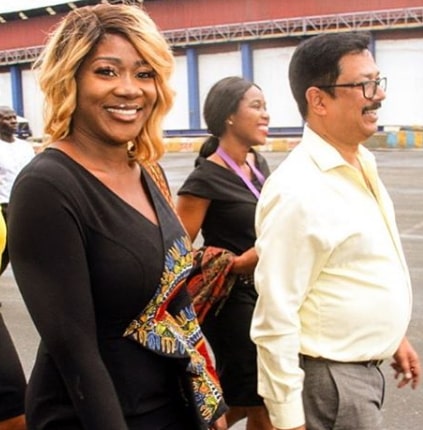 In the absence of pregnancy, the actress needs to slow down, take things easy and pay more attention to her look.