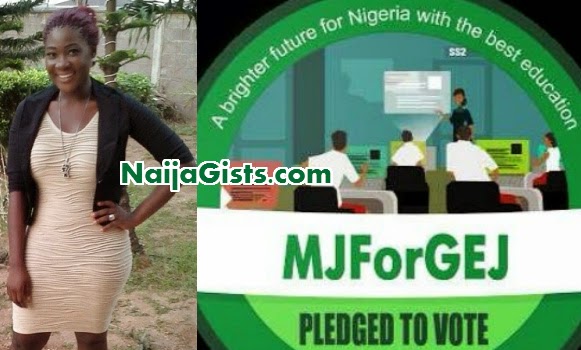 A reliable informant in Nollywood just intimated NaijaGists.com that Mercy Johnson has received a huge amount of money and has signed a contract to campaign for Jonathan underground.

Though she is not a part of the hustlers running around with Jonathan, we learnt that the busy mother of two signed a whopping N5m contract to speak in support of GEJ re-election last week.

Earlier this week, the actress told a paid PR company that Jonathan has good intentions for Nigeria.

ICampus has since sent Mercy Johnson’s message across the web.

“He deserves another chance. This is a president who has good intentions for the nation. He is by no means a perfect man but he means well and he has apparently learnt from his weaknesses in the last four years. We must continue to believe in this great nation of ours. Nigeria belongs to us. The president cannot do it alone. He needs our help and we should not let him down at a time like this when he needs our votes to get the job done,” she said with an emotion laden voice.”

NaijaGists.com learnt that as part of her contract, she has since replaced her Twitter handle photo with MJ for GEJ image. 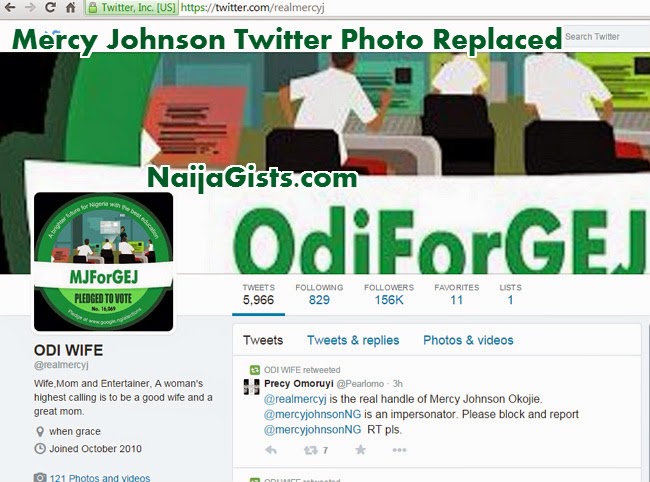 We expect her to come out soon to debunk it as usual, the truth is already out.

E no easy, mummy too much chop.

Advice for Nigerians: Do not allow these paid celebrities to tell you who to vote for, on February 14, 2015, go the poll and choose for yourself.