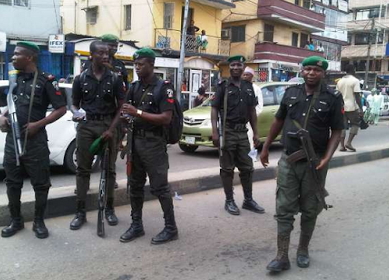 An Abuja-based construction worker who has battled insomnia close to a year attempted to take his own life this past weekend but failed on two occasions.

Jacob Elegbede, an indigene of Badagry Lagos left the suicide note below before climbing a tree in an attempt to hang himself inside the bush in Abuja on Saturday and was rescued. 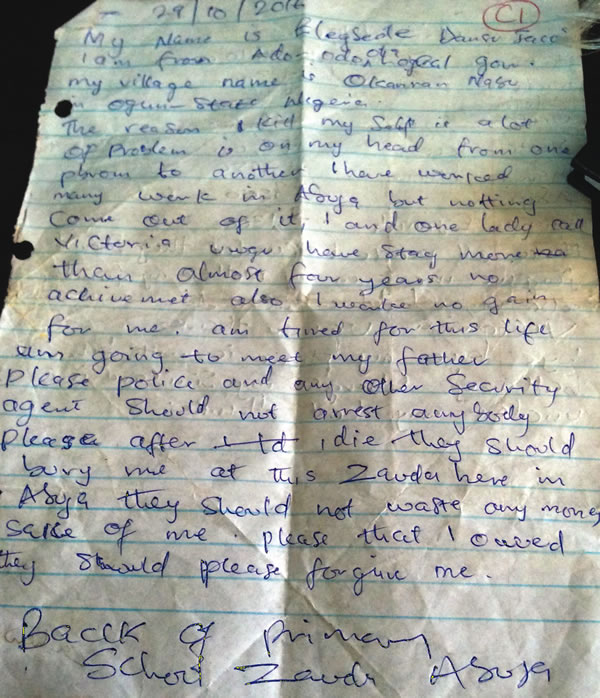 He tried the same thing on Sunday and was also rescued.

48-year-old Elegbede reportedly left a suicide note before embarking on the journey of no return on Sunday, a move that prompted his neighbours to alert the officials of Abuja Police Command, who came over to arrest him.

Hear what the father of one said when asked why he tried to hang himself.

Abuja Police Commissioner, Mustafa Muhammed said the suspect would be charged to court after investigation.

Why not take his health condition into consideration before making this insensitive move to charge him??? Someone attempted suicide twice and all the police could do is to arrest and charge him…  Nawao