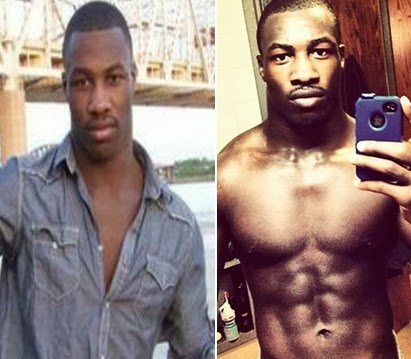 A 22-year-old Lindenwood University student in Missouri, Michael Johnson has been charged with intentionally infecting 32 partners he met online with HIV.

He was accused of recording himself giving unsuspecting gay partners HIV during intimacy. Police said they found the sex videos on Michael’s desktop in October.

Michael Johnson recorded the video using secret camera he placed in his dorm room at Lindenwood University where he is a student.

His alleged crimes came to light after a man came forward to tell police he had been diagnosed with HIV and gonorrhoea a month after having sex with Johnson, who goes by the name of Tiger Mandingo online.

“It’s safe to say that numerous of those videos were taken inside his dorm room; we know that because we recognise the furniture.”

He was arrested after the videos were found and prosecutors are currently trying to identify some of the people in the videos. Police have urged people who have had sex with Johnson to come forward, as it is a matter of public health as well as a criminal trial.

Court records show he lied to some partners who had asked him if he had any sexually transmitted diseases.

After 5 month of investigation, Police discovered that Daniel has 6 social medial accounts he used to meet his sex partners.

If Johnson is found guilty of knowingly infecting someone with HIV, he faces a life sentence.

Lindenwood student Jenny Counts told News 4 she was shocked: “I think it’s really scary, thinking someone like that is on campus, not thinking about others.”

If Michael Johnson’s victims could willingly and knowingly have unprotected sex with a stranger they met online, don’t they know the consequences of it?