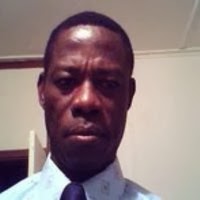 An associate professor at Philosophy department of Obafemi Awolowo University in Ile Ife, Moses Oke has passed on.

He was travelling to UI for the supervision of a Ph.D exam when the accident killed him.

Titilayo Orogbemi, also a student in Foreign Languages at OAU passed away the second day, Thursday in another car accident that happened in Akure, Ondo State.

Orogbemi, it was gathered, called her friends two days before her death to inform them that she was sick. She, however, did not disclose the nature of the sickness.

One of the students, identified simply as Kehinde, who spoke about Prof Moses Oke, said, “This is one death too many.

“He (Oke) was a friendly teacher, who ensured that students understood whatever he taught. He would be missed a lot in the department and the university as a whole.”

Another student, Fadeke, said, “It is obvious that he impacted on the development of the department. We will miss him.

A candle light procession was held to honour the late student last week.

Fadeke’s colleagues condoled with her family and prayed that God would grant them the fortitude to bear her loss.

Meanwhile, a professor identified as James Alomo of Nuclear Physics has been declared missing for close to 3 months now. His whereabouts still remained unknown.

May the souls of the deceased rest in perfect peace (amen).