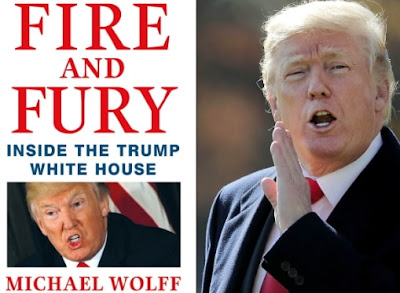 The book titled “Fire and Fury: Inside the Trump White House” portrays Trump as uninformed and unfit for the office he assumed.

The book which was released four days before its scheduled release date has already hit the number one bestseller spot on Amazon.

As NAN puts it, the book written by Michael Wolff describes Trump’s 2016 campaign as a publicity stunt not intended to win the presidency, according to excerpts published Wednesday in New York magazine and the British newspaper The Guardian.

In his response, Donald Trump took to Twitter to call the book a “phony” full of lies and misrepresentations.