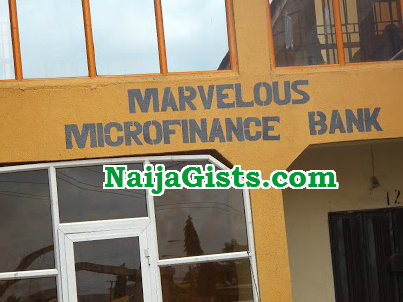 3 months after his employment, a manager at Marvelous Microfinance bank in Isheri Olofin, Lagos has been arrested for duping the bank to the tune of over 20 million naira.

The suspect identified as 54-year-old Samson Adeyemi from Ekiti who studied accounting at Lagos State Polytechnic is a resident of 2 Bodunrin Fayeyibi street, Akesan .

Adeyemi was remanded at Kirikiri prison today pending when he will perfect his bail condition.