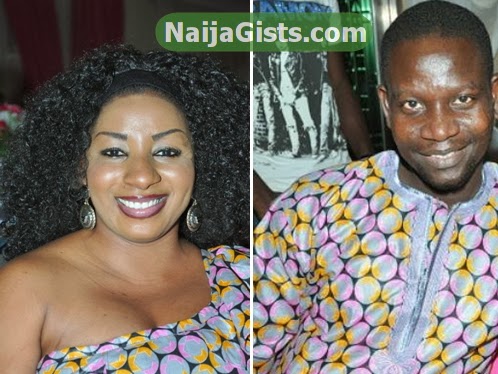 Another shocking marriage crash has been reported in Nollywood.

The daughter of late actress Funmi Martins, Mrs Mide Martins Abiodun is no more with her husband.

The marriage came to a stand still few months ago over what sources called infidelity.

According to Movie Moment, Afeez had always been suspicious of his wife’s movement and whenever he confronted her, her responses weren’t pleasing to his ear.

Months ago, he decided he couldn’t handle her infidelity anymore and separated from the actress despite pleas from friends and family.

I hear a popular veteran actor and a Fuji musician (names withheld) have been smooching with Mide Martins since the beginning of this year.

This was recently leaked to her husband who dumped her because he couldn’t take it anymore.