Last Wednesday, two serving female NYSC Corp members were attacked by some militants armed with gun and cutlass at their unsecured hostel in Asarama community, Andoni LGA of Rivers state.

The victims said they were in bed when the militants forced their way into their room to rob and rape them.  The operation reportedly lasted for about two hours with two ladies raped and robbed.

Here is what one the victims of the attack said: 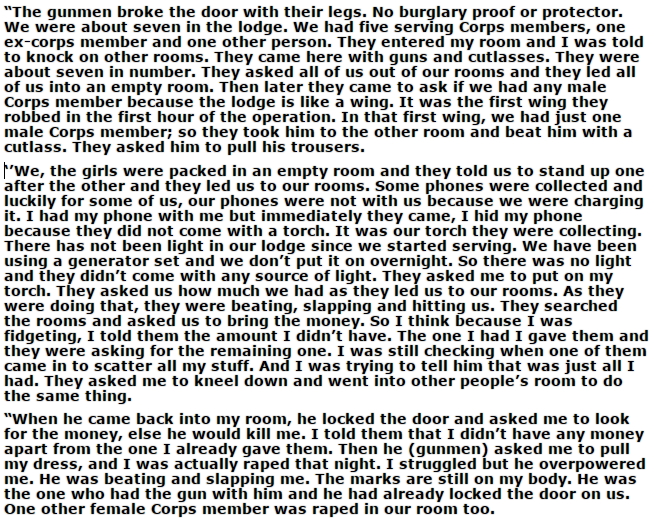 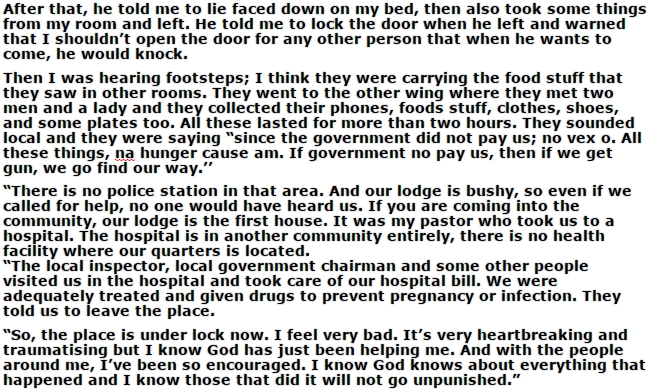