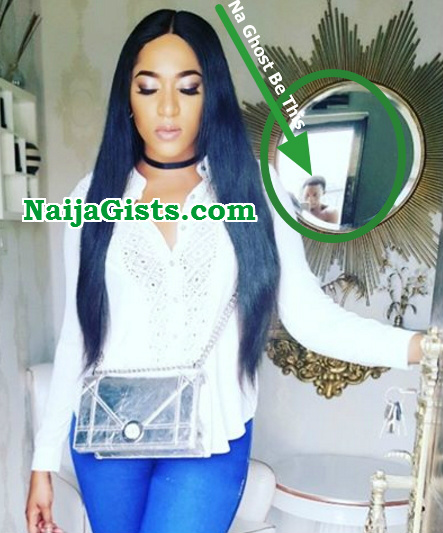 Check out the half naked cameraman snapping Rukky Sanda photo in the above photo.

The actress mistakenly revealed her cameraman to the world to see.

Look at the mirror behind the actress in the above photo, there is a shirtless guy there.

Fans are wondering if he is her boyfriend or houseboy. 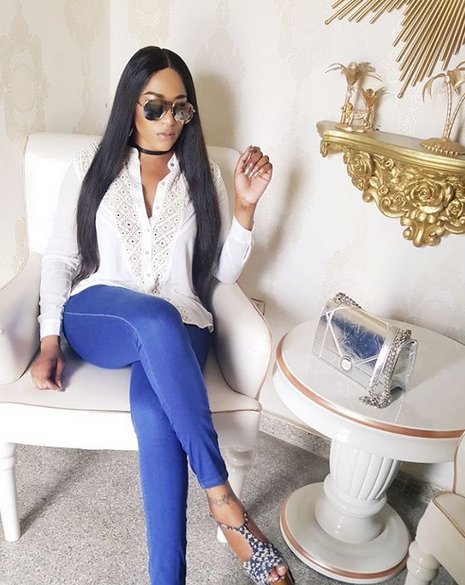 The slay Queen is yet to respond to fans inquiry

We hope it is not a ghost that photobombed her. **wink**