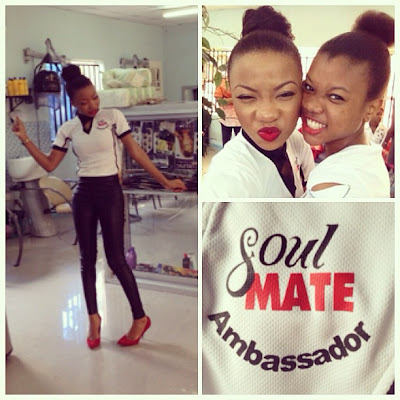 The sexy singer has become the face of the popular hair relaxer brand for the second time.

In 2011, she was named the brand ambassador for Soul mate before her contract was renewed in 2013.

She was also nominated at the Soundcity Music Video Awards as the ‘Discovery of the Year’. She’s both fans and media delight, this quality is what the hair care brand finds confidence in and can’t let go of.

Mocheddah is also a brand ambassador for Dealdey, a popular online store. She is set to drop a new single soon.

The above picture was uploaded on her Instagram page few hours ago.