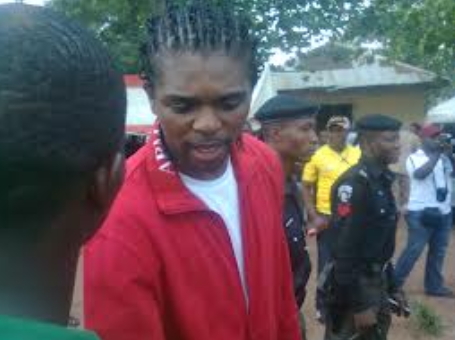 Retired Super Eagles Footballer, Kanu Nwankwo last week had a terrible fight with some of his house helps over a missing $1000 in Owerri, Imo State.

According to sources, the ex-footballer accused 3 of his aides of stealing the aforementioned sum from his room.

We learnt the star accused 2 female house staffs and a young man of stealing 1000 American dollars which he kept in his room.

He later invited Police officials to get them arrested.

He insisted that the suspects shouldn’t be let go until they acknowledge the theft.

Thank God for the quick intervention of close relatives who intervened on behalf of Kanu’s aides.

The staffs maintained their innocence as no one took responsibility for the theft.