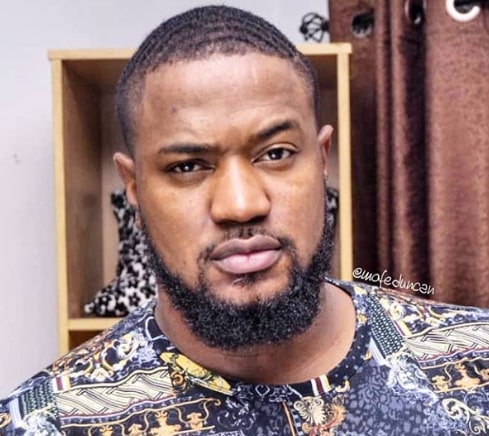 Nollywood Actor Mofe Duncan has broken the silence concerning rumours about his failed marriage, weeks after the news broke.

The actor, who was married to Jessica Kakkad for three years before the marriage hit the rock last year, denied reports that his marriage to Jessica was his third time being married.

Noting that he has only been married to Jessica, Duncan came out with this confession after being shamed by Instagram trolls for indirectly criticising Tasha’s character.

An Instagram follower had claimed Duncan has been married and divorced three times.

Duncan took to his Instagram to deny the allegation, saying it is not true:

“@utty_benn you represent the group of people with this thought process that, so I will address you as those I am addressing. I have not been married three times… I have only been married once,” he said.

“Also being divorced is not a terminally contagious disease, it also does not mean that you are a monster or the person you divorced is a monster from hell. Jess and I are still very good friends with mutual respect for each other and our respective families.

Remember, Megan was divorced and still married a prince. God bless you @utty_benn and to those married, may God keep your home. To those divorced, may you find peace in your heart. And to those yet to marry, may you find the right person and may it last forever.

Please, don’t believe all the blogs post, that’s how they said my sister @matilda_duncan gave birth in America because she posted her best friend’s baby.”

Continue Reading
You may also like...
Related Topics:divorce, mofe duncan