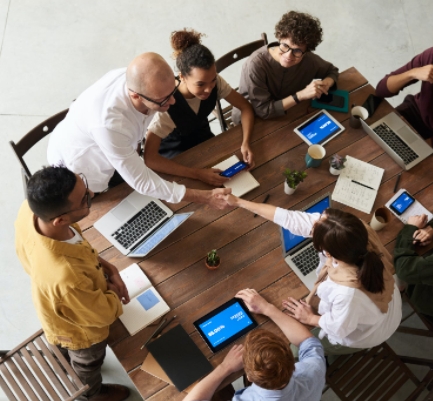 It is not enough to have talent and skills; you must understand the power of building valuable relationships. Relationships matter more than money. In actual sense, people don’t really lack money, it is relationship they lack. I repeat, you don’t lack money, you only lack the right relationships. It is your ‘connection’ that determines your ‘collection’. What you will collect from life is dependent on the value of your connections. The number one characteristic of a poor man is lack of relevant relationships. The more you are isolated from rich relationships, the closer you are to poverty.

One of the greatest truth about relationship is that of all the resources available to man, it is only relationship that is inexhaustible. Relationship is the ultimate connector. It can connect you to opportunities that your degree and certificate would not be able to achieve in your life-time. Relationships can open doors in a moment which your degrees won’t open in a lifetime. I have observed that there is a strong connection between the quality of your relationships and the opportunities that you will be exposed to in life. Knowing people in high places that will recommend you for the right places will always give you a significant edge in life. Networking can get you into doors that degrees cannot.

If your only goal in life is just to have quality relationships, that goal is worthwhile. Build a solid base of relationship, don’t wait till you need a relationship before you build it. It can be too late.

Your network is directly proportional to your net worth. Relationship is a form of currency. You are not wealthy until you have relationships that money cannot buy. The true worth of a man is found in the quality of his relationships.

John C. Maxwell said, “Your network determines your net worth”.  Life stories are full of friends that changed the world: James Watson and Francis Crick were complementary friends who discovered the secret of life (DNA). Steve Jobs and Steve Wozniak revolutionized the technology world with their Apple products. Bill Gates and Paul Allen were the Whiz Kids that later became software Gurus. Larry Page started Goggle with his best friend Sergey Brin. They met at Stanford University while studying for their Ph.D. in computer science and launched Google in 1998.

The story of HP started with two young kids with complementary abilities in a garage. For HP, their story is a product of the supremacy of human relationship. Williams Hewlett and David Packard were undergraduate students studying engineering at Stanford University in Palo Alto California when they first met. They both had great fascinations for electronics and later became friends. After graduating with degrees in electrical engineering from Stanford in 1934, Hewlett and Packard forged a friendship during a two-week camping and fish trip in Colorado. With the depression ripping the world apart and leaving along its trail an unprecedented level of unemployment, they gave it a thought to establish their own company. As Packard told it, “Bill and I saw that we couldn’t get a job ourselves, we’ll just start our own company and the Great Fred encouraged us to do that”.  The duo were further encouraged by Stanford professor and mentor Fredrick E. Terman to start a business of their own. The young engineers raised $538 in start-up capital, set up a shop in the one-car garage behind Packard Palo’s house, and flipped a coin to decide the order of the company’s name. Hewlett won the toss, and Hewlett-Packard was born. From a tiny garage, they built a company whose technical excellence, innovative management practices, consistent and commercial success will remain an inspiration and model for generations of high-tech entrepreneurs to come.

They formed the Hewlett-Packard Company in 1939 and their first product was the audio oscillator invented by William Hewlett in 1938. The company earned global respect for a variety of products. They introduced the world’s first handheld scientific electronic calculator in 1972 (the HP-41c), and the first symbolic and graphing calculator, the HP-28c.

Over the years, the name Hewlett-Packard (HP) has become synonymous with high tech innovations from its early days in 1939 right up to the present; HP’s growth has been fueled by one technological breakthrough after another. What really set HP apart is not technology, but the visionary management style and enduring relationships created by HP founders – William Hewlett and David Packard. Their policy of showing sensitivity to their employees’ needs and giving their workers the chance to be creative in solving technical problems has made HP one of the most successful and admired companies in the history of American industry.

For Packard and Hewlett, the pursuit of excellence and friendship has always been more important than pursuit of wealth.  Hewlett-Packard Company evolved from two like-minded friends trying to solve a problem in their communities. Today, HP employs thousands of employees and does business in more than 170 countries across the globe. On November 1, 2015, Hewlett-Packard Company split into HP Inc., a printer and personal computer developer and manufacturer; and Hewlett Packard Enterprise (HPE), focused on servers, storage, networking, and business services. In 2019, the company reported a total annual revenue of around 58.76 billion U.S. dollars.

Who will ever imagine that a mutual understanding in a garage will produce a formidable company and an I.T pacesetter with billions of dollars in revenue? HP story testifies to the fact that wealth has it origin in relationships. True wealth is in your relationships not riches.

Kevin Eiken Berry said, “Look carefully at the closest association in your life, for that is the direction you are heading.” Don’t go into the future with a ‘liability’. Go into the future with people that will add value to you and increase your worth. You will need to audit your relationships and cut off people that are liabilities to your future. You are either a blessing or a burden; an asset or a liability; a problem solver or a problem. There are so many people you will never realize that you are better off without until you cut them off. When their absence is not felt, then their presence is irrelevant.

Jim Rohn said, “You must constantly ask yourself these questions: Who am I around? What are they doing to me? What have they got me reading? What have they got me saying? Where do they have me going? What do they have me thinking? And most important, what do they have me becoming? Then ask yourself the big question – Is this ok?” Hang out with friends who are like-minded and who are also designing purpose-filled lives. Similarly, be that kind of a friend for your friends. You need people that believe in you, people that invest in your dreams and goals, and people that bring the best – not the stress – out of you.

QUOTE OF THE WEEK: “Everything you ever want in life is a relationship away”-Gbenga Adebambo

Rejection Is Part Of The Plan!
Talent Alone Won’t Make You A Success!