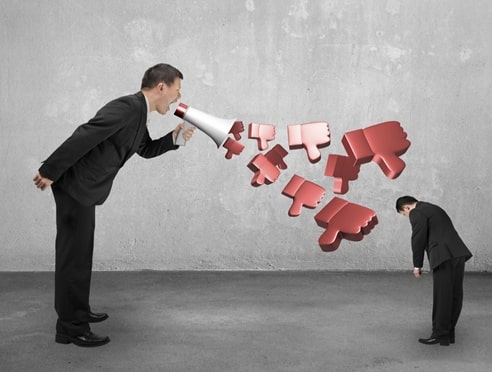 REJECTION IS PART OF THE PLAN!

“Rejection doesn’t mean you are not good enough; it means the other person failed to notice what you have to offer”-Mar Amend
I want you to read the heading carefully again! Rejection is an integral part of the journey to destiny fulfillment. If you never got rejected, then you would have settled for less in life. Sometimes, that one rejection is all you need to get to where God is taking you to. The Holy Bible captured it succinctly in Psalm 118:22: “The stone which the builders rejected is become the head stone of the corner”.

Sometimes, the greatest thing that will ever happen to some of us is rejection. The reason has been that most times, rejection is simply redirection. When people continually reject you, it is because God is redirecting you. One of the core secrets of great people is their ability to handle and overcome rejection without harboring any form of bitterness. Don’t ever give in to people’s rejection, rather ask God to redirect you to your place of destiny fulfilment.
No matter the number of rejections on your way in life, keep looking out for platforms of expression. So many celebrities started from joining the choir in their church before their songs started going viral. Some actors and actresses that are being celebrated today started from the drama group in school or church. Some very famous footballers started from their school’s football team.
I was rejected many times by different print-media organizations when I was looking for platforms to express myself, but I never gave up. Life has two rules: #1 Never quit #2 Always remember rule #1! Courage is the most important of all virtues because without courage, you can’t practice any other virtue consistently. You will suffer rejection in trying to look for platforms but you must never give-up. I sent a DHL package of my magazine to all the newspaper editors in Nigeria with a cover up letter on starting a youth column but was rejected by all! Thomas A. Edison said, “Many of life’s failures are people who did not realize how close they were to success when they gave up.” Failing doesn’t make you a failure, quitting does. Persistence conquers resistance.
Platforms will help you hone your skills, build your confidence, give you exposure and experience. Platforms will help you collaborate better as most people discover their team members when they connect with people of like-minds on various platforms. Platforms will also help you connect with prospective sponsors. Most people connect with promoters and sponsors when they were just expressing themselves. Are you gifted with a good voice, then join the choir. There are many clubs you can join in school to help you hone your skills. Don’t just keep your talent lying fallow and be waiting for a day of manifestation. You need platforms to prepare yourself.

I can’t overemphasize the experience that I gained from the YouthSpeak platform of the Guardian newspaper. Though I suffered many rejections from other platforms but the experience of rejection was also part of my build up to becoming an international writer. I will be taking a little time to share some strange perspectives on how to handle rejection because it is an integral part of our success story.

Arnold Schwarzenegger was rejected many times because of his strange Austrian accent, relatively unpronounceable surname and short stature but he ended up becoming one of the highest paid actors in Hollywood. He left his country to look for platforms in America. From being a body builder, he rose to being a movie star and a well-respected politician. Whenever you are being rejected, always know that it is part of your success story. Hear this again: Rejection is part of the plan.
Oprah Winfrey was fired from her first TV job because someone thought she was “unfit for TV.” Walt Disney was fired from his newspaper job because he “lacked imagination and good ideas.” Winston Churchill failed sixth grade and was considered “unfit” by his teacher. Soichiro Honda was rejected by an HR manager at Toyota Motor Corporation when he applied for an engineering job, leaving him jobless until he began making scooters in his garage and eventually founded Honda Motor Company. Soichiro Honda was rejected by Toyota because God has something greater for him than just spending the rest of his life as an engineer with Toyota.

One afternoon, a tall gaunt looking individual came up to Mark Twain’s house carrying a strange contraption. It turned out to be an invention in which the inventor asked Twain to invest. “It won’t cost you much money”, he urged. “You can have as large a share as you want for a hundred dollars.” Mark Twain with a smile of superiority said that he was not interested in such dubious contraptions and politely ushered the visitor out.

The inventor was none other than Alexander Graham Bell, the inventor of the telephone. Many people have missed great and golden opportunities in life because of contempt and wrong assumptions. Don’t ever whittle down your belief and conviction no matter who is not believing in it. When you have your own approval, you never need anyone else’s.
Alexander Graham Bell said, “When one door closes, another opens, but we often look so long and so regretfully upon the closed door that we do not see the one which has opened for us”. The worst thing to live on in life is people’s acceptance. One of the biggest lessons that I’ve learned over the years is that the most sustainable way to live is without people’s acceptance. Grammy award winning artist, Lecrae, puts it this way: “If you live for people’s acceptance, you will die from their rejection.”

One of the major technological revolutions that has drastically changed the way we communicate is the invention of the telephone. From the manual to the recent mobile telephones, it is no doubt that this invention has redefined communication. The story of this mysterious gadget might never had sufficed or at least delayed if not for the tenacious belief of one man in the midst of the world’s unbelief.

Seeking validation from others invalidates you. Living for the approval of others is a destructive road that you don’t want to go down. You are not here to gain the acceptance of others, you are here to fulfill purpose. When you reach out to a platform for expression and you are rejected, always remember that you are being redirected. Keep looking out for more platforms and never settle for less.

In summary, the four renewed ways to see rejection is as redirection, protection, feedback and as an impetus for not settling down for a lesser life. Rejection is an integral part of your success story. How do you intend to handle rejection when they start coming? You must have your own renewed perspective towards rejection in order to see it as a stepping stone and not a setback.

QUOTE OF THE WEEK: “Human rejection can be God’s divine protection”-Paula Hendricks

Stay Away From People That Belittle Your Dream
Money Is The Lowest Form Of Wealth, Real Wealth Is In Relationships