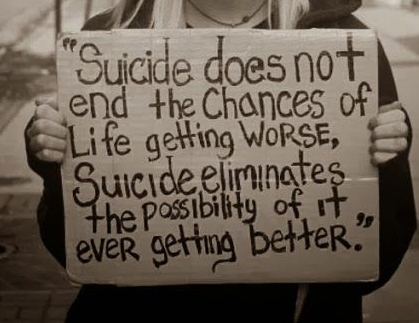 A corporal waiting to be promoted to the rank of sergeant has committed suicide at the Police Training School, Ikeja, Lagos. The 40-year-old corporal, Agi Elias, reportedly took his life because he missed the promotional examination. It was gathered that Elias, attached to Safer High Way Patrol, Lagos, committed suicide about 8pm after he missed an assessment examination held at the college.

The corporal, who was part of those undergoing training at the college, was held in traffic on his way back from Badagry when he missed the assessment examination. When he got to the college and found out that the assessment conducted by the commissioner had ended, he pleaded with the officers in charge who refused to listen to him.

A source said Elias called his wife that he would not be returning home again; and that she should come to the college to pick his body. “The wife received phone call this (yesterday) morning that her husband had died,” the source added.

When our correspondent got to the college, his wife, family members and friends were weeping profusely, when his body was removed from his car. One of his course mates, who gave his name as Sanni, said they had been at college since Friday for the training. He said:

“The deceased was coming from his division in Badagry when he got trapped in traffic and so he missed the assessment examination. “He begged the officers in charge to help him but they told him it was late and there was nothing they could do because it was the Commissioner of Police, Fatia Owoseni, who conducted the assessment.”

A policeman, who spoke on the condition of anonymity, said even if he missed the assessment examination, it was not enough reason for him to take his life. He said: “His death was not ordinary. I see no reason why he should kill himself because we were together at the venue when he missed the assessment only for me to hear that he has committed suicide. 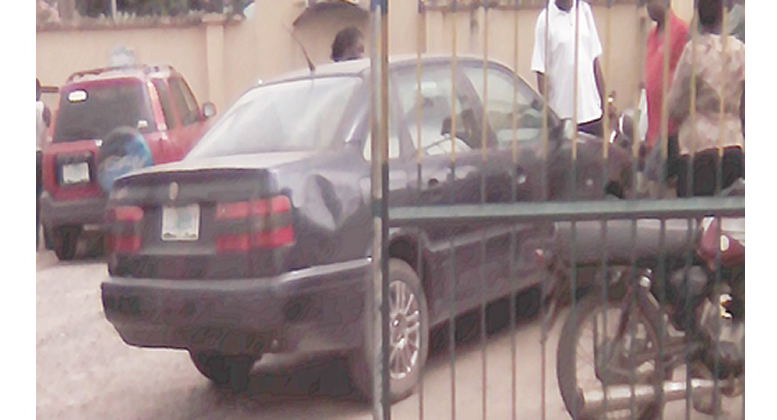 “The deceased was rich; he had two cars, among them the Passat vehicle in which he died and two houses in different parts of Lagos. Now what do we tell his aged parents. He did not even think of his family, his wife and two children.” A vendor at the entrance of the college, Bekky Onabanjo, said he said Elias inside his parked vehicle on Monday night. He said:

“One of his legs was outside while the other was inside the car. He was there till we closed for the day about 8pm. I didn’t know he was dead because he stayed inside the car as if he was relaxing. It was this morning that we found his body already stiff inside his vehicle. Also, an empty pesticide bottle was found beside him inside the car.”

The body was later evacuated and deposited in the morgue at the Lagos State University Teaching Hospital (LASUTH). Confirming the incident, the state Public Relations Officer (PPRO), DSP Joe Offor, said a policeman was found dead in his Passat vehicle with registration number JJ 489 AY parked at the entrance gate of the Training College, Ikeja.

Offor said until his death, the deceased was attached to Safer High Way Patrol, Lagos but was on a corporal to sergeant promotion course at Police Training College, Ikeja. According to him, preliminary investigation showed that tablets and some poisonous substances were beside his body inside his car. The PPRO said the case had been taken over by the Homicide Section of the State Criminal Investigation Department (SCID), Yaba with a view to ascertaining the cause of his death.