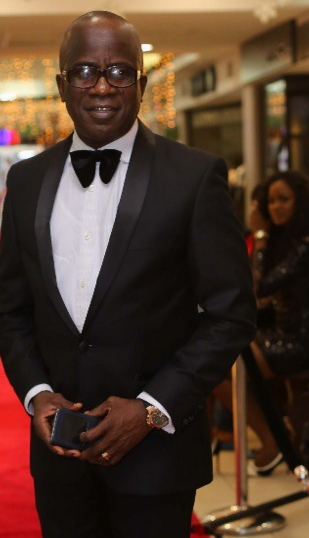 Lillian Ama-Aluko’s campaign group for the forthcoming election of the Association of Movie Producers has denied being behind the text messages making rounds accusing the current president of AMP, Zik Zulu Okafor, of misappropriation of funds.

Ama-Aluko is running for the position of the President of AMP.

The text messages sent by unknown groups, AMP Watch, AMP Arise and Patriots, at different times, accused the current leadership of the association of mismanaging over N100m meant for the association.

Also, those who sent the text messages claimed Zulu “plots to announce Francis Onwochie, his bosom friend, as the chairman of the electoral body for the election to cover up the millions (he had) spent.”

Responding to the allegation that Lillian’s camp is behind the malicious text messages, the director of the campaign group, Emeka Rollas, said they wouldn’t need to resort to sending anonymous text messages to malign anybody.

“If there are issues we want to address at the association level, we would come out open and address those issues. That does not mean all the text messages people have been sending do not have element of truth. If you say the issues are lies, then you have to come out open and clear them.

“According to the constitution of AMP, it is normal that before you organise an election, you should be able to present a financial record. It may not be an account per se but you should present a document to show that in the last four years, you have expended so and so amount.

“Nobody is saying he (Zik Zulu) has squandered any money; that will be for another day. But then, he should present a document so that it would be on record that people who gave him the confidence to take care of their money would know he was able to do that. It is not all about coming to say, ‘I didn’t ‘eat’ anybody’s money.

“If in the course of the election we find out that those selected to oversee the election don’t play fair, and try to victimise our candidate, we would come out to ensure such things don’t happen. We are not scared of anybody,” he said.

“Concerning the position that she didn’t finish her tenure as the vice-president of the association, that is a lie. She resigned but the resignation was rejected. She resigned based on credibility issue. She wanted the budget to be transparent so that members would know how their money was being spent but they disagreed and she said if they weren’t ready to do things the right way, she would leave,” Rollas said.

In his response, Zulu said he wasn’t ready to join issues with anybody who would hide under anonymity to send text messages.

“Because election is coming, people just talk nonsense. I am above this nonsense. I get irritated when I hear about such nonsense. Ordinarily, I have no business being AMP president. I am a very serious person and I am doing serious things.

“It was because they wanted to reorganise the industry that they invited me to lead AMP and I said I didn’t have the time. There was so much pressure before I decided to take up the leadership. My perception of being well to do is to be able to live in my own house and pay my children’s school fees in any school I want them to go, be able to take a holiday once in a while. I have achieved all these in my life.

“This is ridiculous! Did AMP have one kobo when I took over? I borrowed money from people to do Nollywood at 20 event. By the time the event finished, we were in debt. We were running around to pay them. (Godswill) Akpabio gave N50m to Nollywood and 13 guilds came there and the money was shared.

Zulu said he is aware of the people behind the text messages.

“I know the people who are peddling this rumour. I feel very insulted when people call to ask me about this. But this is what comes with leadership. AMP has never had money. It was only during my tenure that they started seeing money. I feel embarrassed talking about things like this,” he said.