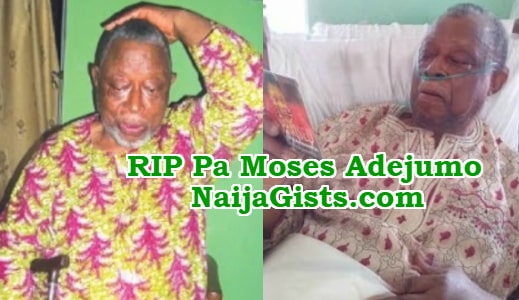 Several years after his death reports turned out as rumours, veteran comedian Pa Moses Olaiya Adejumo has passed on to glory.

Unlike the previous reports that were debunked by his spokesperson, this breaking news has been confirmed by Pa Adejumo’s media aide, Hastrup Issac.

In a chat with reporters early this morning at the home of the deceased, Hastrup said Pa Adejumo died few minutes after 10pm on Sunday the 7th of October 2018 at the golden age of 81.

He added that an old-age related sickness (stroke) took his life.

Mr Hastrup said the deceased attended his church’s final service two weeks ago where he said the benediction.

He will surely be missed for his life-long dedication and commitment to comedy.

His family is expected to release a press statement announcing his death and burial plans soon.